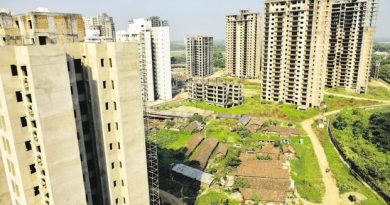 A possible GST rate cut at the very beginning of 2019 could bring in the much-needed respite for the Indian residential sector, which is still reeling from reformatory changes. Though ANAROCK data indicates that sales numbers picked up by nearly 16% in 2018, sales are still far from their peak levels.

The ongoing 12% GST rate levied on under-construction properties has proved to be a major deterrent for homebuyers, who understandably shied away from this added burden on their finances.

ANAROCK’s consumer sentiment survey also confirms that the prevailing GST rate has prevented as many as 49% of property seekers from buying under-construction homes liable for GST. They preferred ready-to-move-in homes that were exempt from this tax.

To attract home buyers and kick-start a more convincing revival of the residential sector, the GST Council is now considering reducing the GST rate for under-construction homes during its next meet in January 2019.

In fact, this move was expected in December 2018; nevertheless implemented, it will be a perfect New Year bonanza for millions of aspiring homebuyers looking to buy under-construction homes in the coming year.

Currently, the GST Council is considering two proposals. The first is to maintain a fixed 12% GST rate, including full input tax credit (ITC) to builders. This will eventually make the effective GST rate 8% once the input cost of land is accounted for and reduced. It would, in fact, bring it on par with the prevailing affordable housing tax rate.

The second proposal stipulates a flat 5% GST to be applicable to under-construction properties without including the input tax credit benefit, provided the builder purchases at least 80% of the raw materials from GST-registered suppliers.

While these proposals are still under review and discussion, here’s how much homebuyers could potentially save under each proposal if it is implemented:

Obviously, either of these two scenarios presents buyers of under-construction homes with a palpable financial benefit and can push housing sales a lot higher than in the present.

There is also speculation that the government could consider reducing the GST rate for cement and bring it under the 18% slab from the current 28% rate. Any reduction on this basic input cost could certainly boost the prospects for under-construction properties which are currently in low in demand – provided builders pass the benefit on to their consumers.

Such a deep GST rate cut on cement would boost supply deployment and thereby also help create more construction jobs and thus boost the economy. The incumbent government’s manifesto includes housing and infrastructure development, both of which are major cement consumers, as well as employment generation.

Given the upcoming general elections, a combined rate cut on under-construction housing as well as cement would, therefore, meet multiple criteria which can have a direct impact on voter sentiment.

Will the government indeed present the real estate sector with such a windfall of a New Year’s gift? If so, the real estate industry, homebuyers and the economy at large would certainly have a lot to rejoice over.

NBCC ranked among Most Respected Companies in India