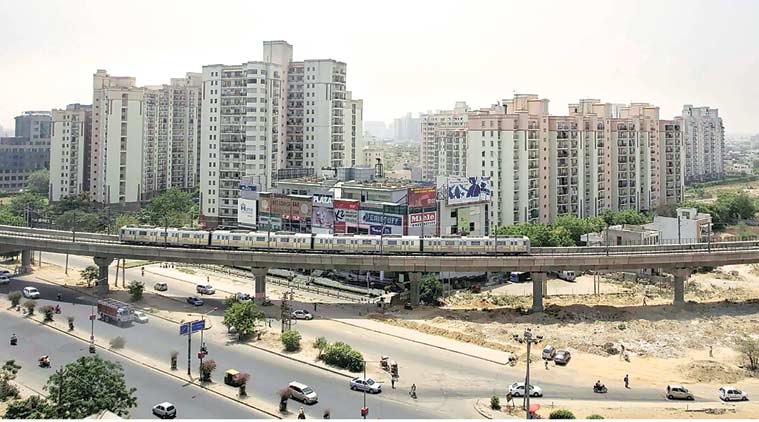 New Space Addition up by one Million sq.ft. y-o-y in the First Nine Months of 2017

On the supply side, quarterly supply addition increased but was limited to Gurgaon. Most of the new supply entering the market was thanks to the receipt of long pending completion certificates which resulted in development completions across several projects. IT/ITeS corporates dominated leasing activity, followed by Engineering and Manufacturing firms. Leasing activity continued to be driven by small to medium-sized transactions, however, the quarter also witnessed a large-sized deal (greater than 100,000 sq. ft.) with the culmination of pre-commitment in a prime development on NH-8.

DLF Cybercity (SEZ)witnessed a rental growth of about 3 – 4 % q-o-q. Rising vacancy levels in select developments resulted in a marginal rental dip of about 2-4% q-o-q in the Secondary Business District of Nehru Place and Jasola in Delhi.

Commenting on the findings of the report, Anshuman Magazine, Chairman – India & South-East Asia, CBRE said, “India’s prime office market is evolving at a rapid pace. Occupier strategies continue to focus on consolidation/expansion as well as cost and greater flexibility of office space. The advent of co-working and shared office space formats are also influencing the market to some extent. While demand for traditional office space will continue to dominate the segment, it will have to make allowance for newer formats that are slowly gaining prominence and absorbing a part of the overall pie.”

Ram Chandnani, Managing Director – Advisory & Transaction Services, CBRE South Asia Pvt. Ltd. added, “Despite availability of quality, ready to move in office space remaining constrained, overall office leasing continued to be high during the quarter. The sustained interest from EMEA and US corporates highlights India’s continued preference as a destination for office space. Going forward, as occupiers continue to future proof their portfolios and hedge against future rental escalations, we can expect to witness a rise in pre-leasing of space across various cities. This shift in occupier strategy, focus on cost, and the growing prominence of alternative options like co-working spaces, could impact the demand for office space in the short-term.

Leasing activity for prime office space across key cities in India remained robust during Q3, 2017, crossing 10 million sq.ft. As in earlier quarters, space take up was dominated by the IT/ITeS sector with 36% share of overall space leased across key cities. It is noteworthy to highlight that the share of office leasing by e-commerce firms grew from 3% earlier this year to 10% in Q3, 2017. Other segments that drove the demand included the Engineering and Manufacturing segment (19%), BFSI segment (10%), and Co-working/Business Centers (6%) which is witnessing increased activity in recent months. With European corporates showing an increased interest in India’s office segment, the share of office leasing from these firms was recorded at 14% in Q3, 2017, up from 9% in Q2, 2017.

A review of the data for the first nine months of the year reveals that leasing activity continues to remain robust across the key cities. Key highlights for the segment for the January – September 2017 period are:

Office leasing activity is expected to sustain in the short-term, backed by companies looking to expand or consolidate their operations. Moving ahead, occupiers will continue to keep space utilization and innovation in workplace strategies at the forefront of their expansion plans. Demand and use of co-working spaces is expected to rise with the concept being adopted by corporates who have fluid expansion/occupation plans. With supply continuing to remain constrained across most cities, the demand-supply gap will lead to rental growth across most peripheral and sub-urban micro-markets. Pre-commitments in projects which are nearing completion are also expected to continue in the coming months, due to the limited availability of ‘ready-to-move-in’ space in the coming quarters.