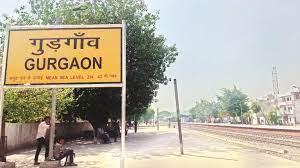 The Gurgaon railway station will soon have a WiFi facility and CCTV cameras installed for the convenience and security of the passengers, according to a published media report.

“The process to provide the facilities has begun. The proposal for developing the station on Public Private Partnership (PPP) mode has been cleared,” Union Minister of State for Planning and Defence Rao Inderjit Singh was quoted in the media report on Tuesday.

The minister said that the Haryana Government had decided to develop the station on PPP model after the PM directed chief ministers of all states to select a railway station and develop it on PPP model. Singh added that the state Government has cleared the proposal and has asked the Railways to prepare a plan for the development of the station.

Air-conditioners were recently installed in the station’s waiting rooms and the entrance area was landscaped. The station got some modern rain shelters and process for installing 40 steel dustbins on the premises is underway. The upgrading work is stated to cost around Rs 60 lakh.

The Railway Board has nominated Gurgaon resident Sanjay Tyagi in the Zonal railway users’ consultative committee, which advices the board for improvement in the Railways. The Northern Railway nominated 59 persons, including Tyagi in the committee on March 10. “Gurgaon is a cyber-city but its railways station is not at par with it. We will raise the issue of the development of the station in the committee meeting,” he said.