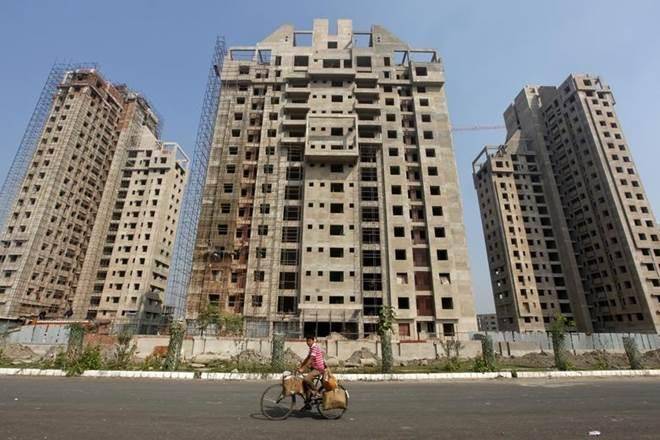 Gurugram, January 17, 2020: The Haryana Real Estate Regulatory Authority, Gurugram, conducted execution proceeding in the case titled as Greenopolis Welfare Association vs M/s Orris Infrastructure Pvt. Ltd and Others. The larger bench presided over by Dr. K.K Khandelwal, Hon’ble Chairman, HARERA (Gurugram), in the presence of Mr. Samir Kumar and Mr. Subhash Chand Kush, Members, HARERA(Gurugram) heard the matter at length. The representatives of the promoters/developers/directors and aggrieved allottees were present in the courtroom of the Authority and argued on the issue of repeated non-compliance of the orders of the authority by the promoter/developer i.e M/s Orris Infrastructure Pvt Ltd and Three C Shelters Pvt Ltd and their failure to resume the construction work despite several directions in this regard.

The Haryana Real Estate Regulatory Authority, Gurugram took stringent view in the matter and came hard on the defaulting builders and issued show cause notice for civil imprisonment to the erring builders for non-compliance of the orders of the Authority.

The Greenopolis project is one of the major stressed project in Gurugram in which, the fate of 1862 flat buyers is hanging in air. It is mentioned that Greenopolis project is being developed on 47.218 acres of land situated in Sector 89, Village Hayatpur – Badha, Gurugram under the license issued to 15 land owners in collaboration with M/s Orris Infrastructure Pvt Ltd. by DTCP in the year 2011.  There are 1862 units in 29 towers out of which 1650 units have been sold to various buyers by the year 2013. The apartments were to be handed over to the allottees somewhere in 2016. So far work is stand still and buyers are feeling cheated. The aggrieved allottees were left in lurch after hitting a deadlock with the promoters/developers. The frustrated and helpless allottees, who have invested their entire lifelong savings to have a decent shelter, were made to run from pillar to post, without any relief.

This matter came up before the Authority and the Authority in the month of January, 2019 gave a detailed order for completion of the project. The promoters rather than complying with the directions, filed appeal before the Haryana Real Estate Appellate Tribunal, which was dismissed by the Tribunal. However, even then M/s Orris infrastructure pvt. Ltd. kept on disobeying the order of the Authority.

During proceedings, the Authority retreated its earlier observation that since M/s Orris infrastructure pvt. Ltd. entered into a development agreement with M/s 3C Shelter Pvt. Ltd. in the year 2011 itself and illegally allowed marketing 65% area by the 3C shelter pvt. Ltd M/s Orris infrastructure pvt. Ltd., cannot absolve from its responsibility as a promoter and also being the collaborator license holder it is primarily responsible for completion of the project.

For continuous non-compliance of the various directions passed by the Authority show cause notice was issued to M/s Orris infrastructure pvt. Ltd. and M/s Three C Shelter Pvt. Ltd as to why compliance of the order of the Authority shall not be enforced both by attachment of their property and also civil imprisonment of the directors and others, who are responsible for non-compliance.

The directors and officers of the company responsible for non-compliance of the order of the authority have already been issued notice for civil imprisonment and attachment of the property and despite that they have failed to appear before the Authority on 16.1.2020.

Sh. Vijay Gupta Chairman M/s Orris infrastructure pvt. Ltd.  is one of the biggest defaulter, who has also committed many other violations in various projects for which separate notices, have been issued to him. The counsel for M/s Orris Infrastructure Pvt. Ltd. has committed before the Authority, during proceedings, that on the next date of hearing directors of M/s Orris Infrastructure Pvt. Ltd. shall be present in person before the Authority. The directors of Orris infrastructure pvt. Ltd. as on today are Sh. Vijay Gupta, Sh.Sanjay Aggarwal ,Sh. Joginder Kumar and vineet Gupta.

Similarly, the directors of Three C shelters are namely Sh. Anand Ram andSh. Girish Chander Gupta. It is flagged that the main promoters of Three C Shelter Pvt. Ltd. and major shareholders, with a malafide intent to avoid proceedings against them have made some of their employees as the director who have no concern in the management.  Sh. Nirmal Singh, Supreet Singh Suri and Vijay Gupta, will still remain responsible as promoters and by way of appointing fictitious directors they are just trying to defraud and mislead/deceive the allottees and the authority. Therefore, they have also been directed to appear before the Authority on 3.2.2020 for decision on non-compliance.