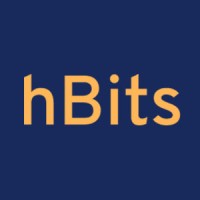 hBits, a tech-enabled real estate company offering fractional ownership, announced on October 27 that it has launched a commercial property worth Rs 18 crore.

The company has acquired two floors in the asset and will raise the investments from the investors. The startup has already achieved investments worth Rs 100 crore from its already six existing assets, said a press release. It has also raised an undisclosed amount of angel funding from a number of investors, said the release.

Shiv Parekh, Founder, hBits, said, “Fractional ownership is driving a lot of interest from senior-level management and senior executives from various MNCs across sectors. We are expecting a lot of movement in the fractional ownership concept in the coming years. We are planning to bring in at least 40 new properties and achieve Asset under Management to Rs 1,000 crore and will be expanding to six cities by the end of next year.”

He further said: “Our latest offering would give 10.04 pc entry rentals, which is the highest in the country as far as commercial office space is concerned in the fractional ownership industry.”