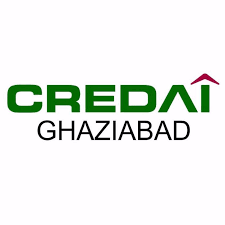 As a region, Ghaziabad has always been considered as the backbone of NCR’s realty. There are several micro pockets in Ghaziabad where RNE is regarded as one of the fastest emerging realty hubs. The pricing and infrastructure factors play the most vital role in pulling the customers towards this region. With connectivity and huge variety of products and sellers to choose from, this region has seen an immaculate demand and growth over the last few years.

Raj Nagar Extension qualifies as a complete region from the eyes of any stakeholder, be it the developer, the investor or an end user. The upcoming and existing infrastructure of the region is sure to catch the breath of any individual and this is the reason why homebuyers have invested in the region. This confidence of the existing and future homebuyers has been boosted further by the promise of return or adaptability to the environment due to connectivity and the strategic location of the region. The elevated road has been designed keeping in mind the TOD model of development and one can say that the work on making Ghaziabad a future smart city is already on its way.

Commenting on the overall realty scenario, Manu Garg, President – CREDAI Ghaziabad says, “The Hindon Elevated Road is a national level mega project which has added more feathers to the cap of real estate in Raj Nagar Extension. For the first time, a project of such magnitude has been carried out in India and will not only change the landscape of the region but will also act as a catalyst to the fulfilment of housing demand in the country. Developing fast paced infrastructure will allow more and more regions to be tapped for housing development, allowing affordable options for the new home buyers.”

“Raj Nagar Extension has over 50 group housing and commercial projects with almost 45 developers present in the region. Not only will the elevated road boost connectivity for Raj Nagar Extension but in turn will also garner capital appreciation of 20 – 25% in the next couple of years. Some of the noted developers in the region include MCC, Star Realcon, SVP Group, SCC, SG Estates, VVIP Group, Landcraft, Highend, Carol, Ascent Buildtech, KW Group, etc.”

Concluding on this growth potential that the region beholds, Manu Garg adds, “With the elevated road becoming operational and traffic easing from Raj Nagar Extension, the region is sure to witness a boost in the demand for properties which will eventually result in the prices going up. This will also boost sentiments of residents already residing in the area as the valuation of their properties would also increase. Further, with the development of more and more infrastructure projects in the region coming up, it is sure to become one of the major highlights of NCR realty and witness an exemplary surge in demand.”