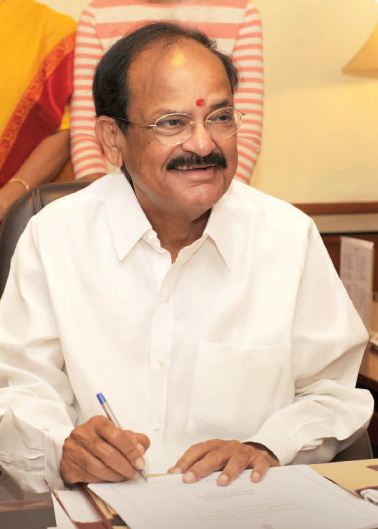 Amid the surrounding gloom in the real estate sector globally, the new minister, who will be leading the key Union ministries of urban development ministry and the ministry of housing and urban poverty alleviation , has held out a ray of hope for the common man if his announcements are anything to go by.

Offering a much needed rush of optimism to spur growth, Venkaiah Naidu, a key member of Prime Minister Narendra Modi’s Cabinet, has said the push to reduce home loan rates will be a priority. The minister’s announcement is to be seen in the backdrop of the agenda of housing for all by 2020.

“Housing should be a priority area for banks and I will be taking this up with my colleague, the finance minister,” Naidu said at a media briefing recently after taking charge of both the ministries last month.

The previous BJP-led government under the leadership of the then prime minister Atal Bihari Vajpayee had given top priority to housing by reducing interest rates. “The interest rates that were around 11 per cent were brought down to around 7.5 per cent. Today, again the interest rate for housing has gone up to above 10 per cent, which is one critical area if you want to achieve housing for all. Therefore, you need to have interest reduction and interest subvention. That will be my passion,” said Naidu

The minister said that in order to achieve complete  housing, public private partnership (PPP) as well as corporate social responsibility (CSR) will be encouraged. “Corporates, financial institutions, banks etc must give easy loans to their employees to fulfill their housing needs. This must be d one as part of their CSR,” he said.

What is particularly significant here is the fact that easy loans are being advised for both existing and retired employees. Among other measures being considered, Naidu talked about his  intended focus on the development of 100 smart cities in line with the party’s election 2014  manifestos, to cleanse the religious cities, and the launch of a brand new mission which will replace the Jawaharlal Nehru National  Urban Renewal Mission (JNNURM), a flagship programme of the UPA-Ied modernisation drive.

“Our Prime Minister has a vision about 100 new smart cities that we will focus on. These cities  will be smart, safe, have better environment, better facilities, better connectivity and better living for the people. Then, wherever possible, we will have twin cities and satellite towns,” he said.

Naidu also said that the JNNURM programme for modernisation of cities was launched in 2005-06 to run for a period of seven years and ended in March 2014. In order to improve the cities, a new programme will be launched soon.

“Based on the learning and according to the vision of this new government, the new phase of the mission to improve our cities will be launched soon,”  he said, adding that the new mission will be based on the concept of planned cities and will focus on efficient and integrated solid and liquid waste management to develop green cities.

According the ministry, the new mission will be encouraged with the PPP model by providing special incentives. “It will also focus on public transport, which will be a priority area to integrate existing cities with identified satellite and twin cities,” Naidu added.

“Of the 1 ,339 projects for which Rs.41 ,411 crore had been allocated, 679 were completed until March 2014. In addition, efforts will be made to improve transportation in cities through metro, rapid transportation system and tram service wherever possible,” Naidu revealed.

Last but not the least, the minister emphasized the need to clean up all religious cities to make them ‘clean and green’. He also stated that for better coordination and convergence of slum development programmes, where he will hold meeting with other ministries like health, education etc.

“We will get tourism and pilgrimage and appreciation also, ” he said, while talking about cleaning up places such as the Ajmer Dargah, Amritsar, churches in Kerala and Goa and thousands of temples across the country.

On the urbanisation front, Naidu added that modern and scientific methods of country & town planning based on GIC system would also be used for urban development. “Metro services will be extended in more and more cities and metro work will bespeeded up wherever already started.”

Also, skill development will be a priority area for the housing and urban poverty alleviation ministry. “Rs. 1 ,000 crore was allocated in the budget for skill development last year. Gujarat has been spending Rs.800 crore on it,” he said•

• The previous BJP –led government under the leadership of the then prime minister Atal Bihari Vajpayee had given top priority to housing by reducing interest rates. • Public Private Patnership (PPP) as well as Corporate Social Responsibilty (CSR) will be encouraged • What is particulary significant here is the fact that easy loans are being advised for both existing and retired employees • JNNURM programme for modernisiation  of cities was launched in  2005-06 to run for a period of seven years and ended in March 2014. In order to improve the cities, a new programme will be launched soon. • All incomplete projects which were sanctioned under JNNURM unitl March 2012 and were to be completed by end-March 2014 will now have to be completed by state governments • Modern and scientific methods of country town planning based on GIC system would be used to for urban development • Skill development will be a priority area for the housing and urban poverty allevation ministry.