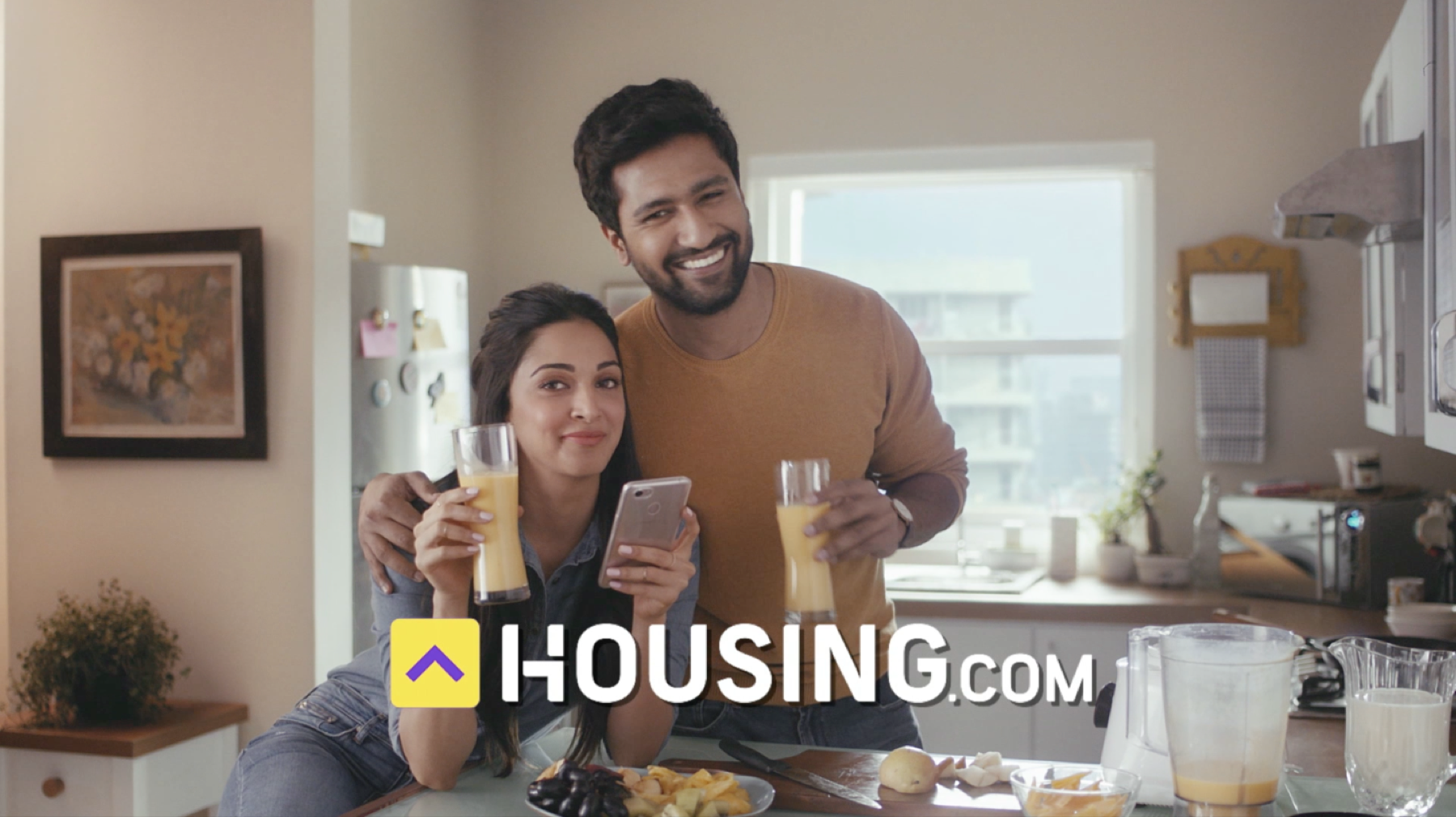 New Delhi, January 29, 2020: With an aim to increase its reach among the new-age audience, India’s prime property portal Housing.com has launched its pan-India campaign across television and digital platforms. Under its LIVEWIRE initiative, the Elara Technologies-owned portal will run its super-hit campaign ‘Ghar Dhoondna Koi Inse Seekhe’ across more than 40 channels/platforms.

The real estate portal has booked over 30,000 spots over 20 weeks on various platforms, including cricket, reality shows, news, movies and infotainment, to run its ad campaign that features Bollywood stars Vicky Kaushal and Kiara Advani, with an aim to connect with a larger audience.

The company intends to reach its target audience through high impact programmes such as live cricket, reality shows and movies on various channels. The TV commercial will also be featured during the Budget and Delhi Elections coverage on various platforms. In addition to TV channels, the campaign would also be on key OTT video platforms such as Hotstar and YouTube.

Within a week of the campaign being launched on January 14, Housing.com saw its overall traffic jump up while app installs increased by more than three times.

“Today’s on-the-go screenagers generation meets its infotainment requirements through various channels, including television, live streaming platforms, social media channels, video-sharing platforms, etc.  Since we have already created a unique property-search platform that fills the gap left by others in the market, we have witnessed an increasing acceptability among today’s youth. Through our new media mix, we expect to widen our reach among consumers,” says Dhruv Agarwala, Group CEO, Housing.com, Makaan.com and PropTiger.com.

The TV commercial, which became an instant hit after its launch in December 2018, highlights the increasing participation of women in the home-buying journey. According to a survey by Housing.com, women’s participation in home-purchase decisions has strengthened further since. Data indicate that 54% of users on Housing.com are women, which was 51.62% in 2018. In the renting segment, women’s participation is at an all-time high at around 60% compared to 57% in 2018. Overall, number of pages visited by women is 13% higher than men. The number of visits per user on the site from women is 18% higher than those by men.

“While celebrating the increased decision-making power of Indian women, we are also striving to be heard among a larger audience through our campaign ‘Ghar Dhoondhna Koi Inse Seekhe’. At the same time, we have consistently tried to create an unmatched tech-supported experience on our site so that every user’s search for their dream home becomes completely hassle-free,” says Snehil Gautam, Head of Growth & Marketing, Housing.com, Makaan.com and PropTiger.com.