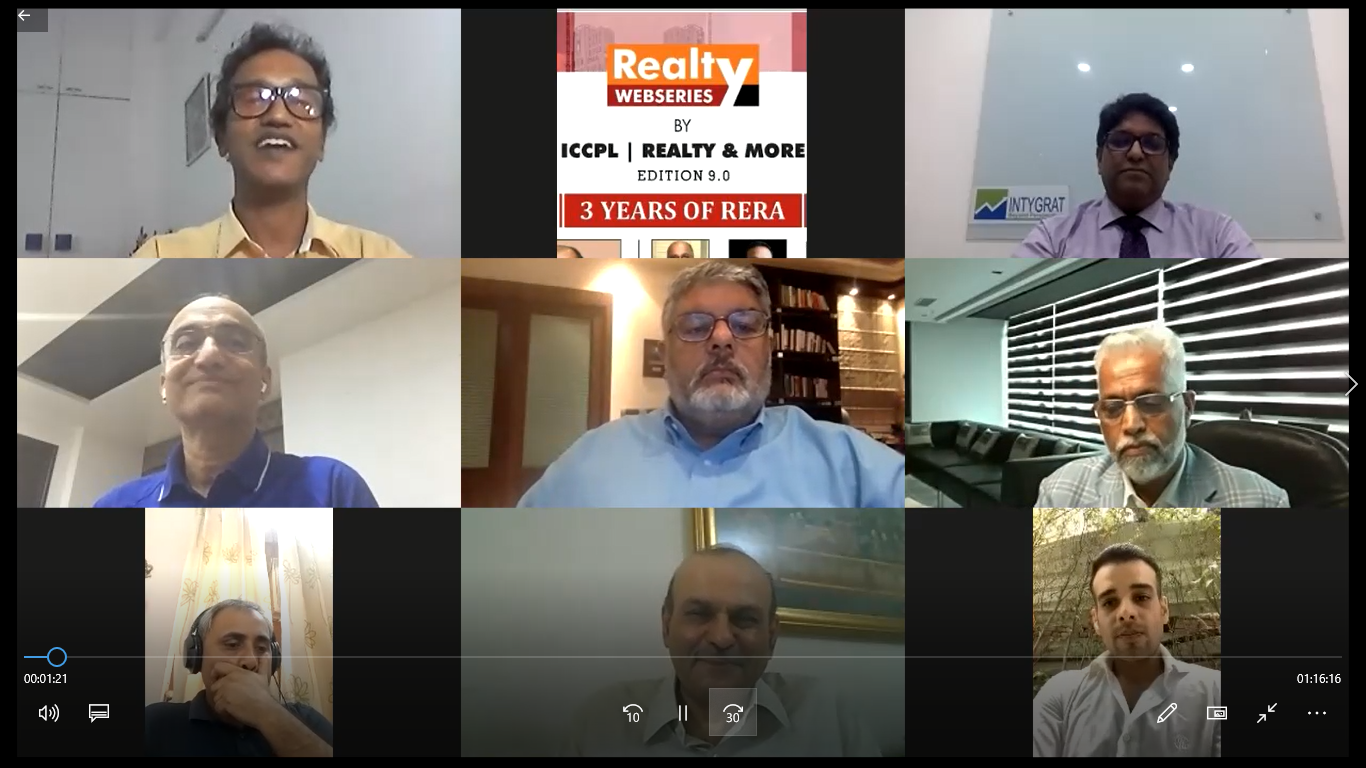 The Real Estate (Regulation and Development) Act (RERA) has certain provisions to handle non-compliance of orders by RERA Authority. The Act also provides for further action which can be another financial penalty, said UP RERA Chairman Rajive Kumar at the ninth edition of Realty Webseries, hosted by realty magazine Realty & More and PR firm ICCPL on July 4.

Kumar was responding to the concern expressed by Realty & More Editor Palash Roy that even after the Authority issues RCs, it is difficult for the buyers to recover the money. “What is the way out for the buyer? Do they need to go again to the higher court or something like that”, he asked.

The UP RERA chief said, “If the order is not complied with then there are certain provisions in the Act itself and we have in couple of cases also taken action under Section 63 which provides for non-compliance. There is also a provision where it provides for further action which can be another financial penalty.”

Speaking at the webinar, themed ‘Three Years of RERA’, Gaurs Group Chairman Manoj Gaur said funds from the 70 per cent escrow account with RERA should also go to a particular project if it is being financed by the financial institutions. RERA’s role, he said, should be to take the sector forward.

Supertech Chairman RK Arora said the stuck or stressed projects would only be completed if the Rs 25,000 crore that is with the SBI Caps comes to these projects.

Deepak Kapoor, Director, Gulshan Homz, said in RERA the industry has got a channel which it can approach and which understands its problems. He was thankful that RERA also keeps apprising different sections of the bureaucracy and national forums of the various concerns of the industry.

Ashish Bhutani, CEO of Bhutani Group, said RERA’s image is so laudable that all the developers who have been working under it have also been positively impacted.

RERA expert Venket Rao, who is also Advisor to UP RERA, said that though everybody keeps mentioning Maharashtra I would actually point out that more than Maharashtra it is the UP RERA which has a much larger problem to cope with, much larger issues to cope with and which it has done extremely well. Maybe it started off late, but it has taken over the rest of them.”