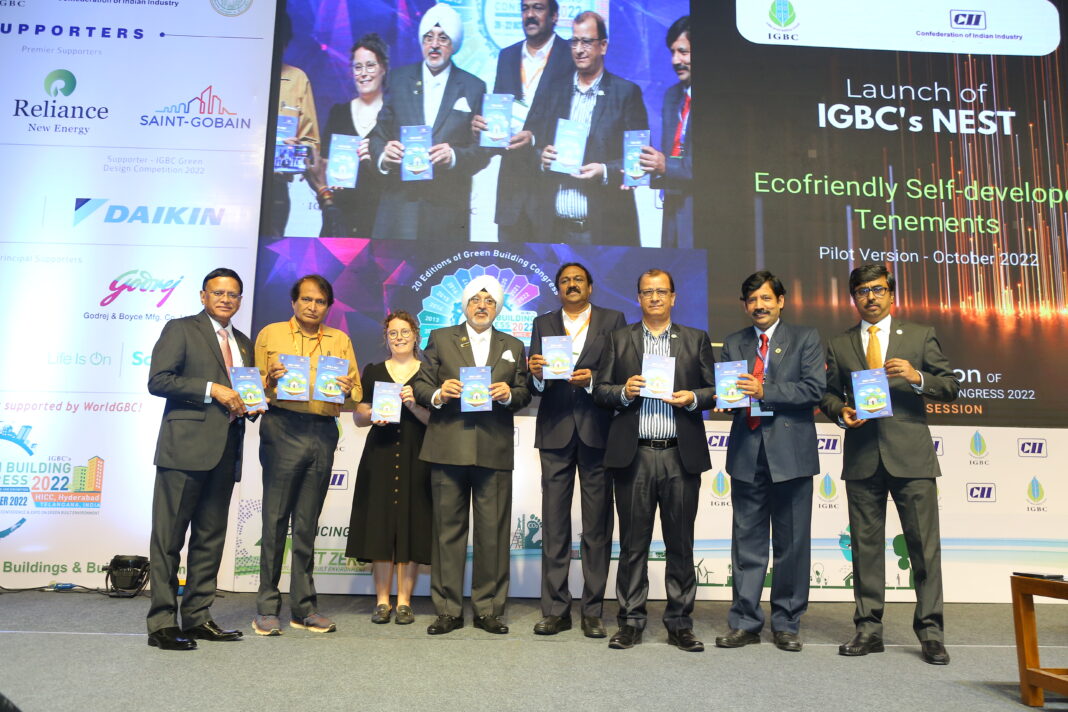 Hyderabad, October 20, 2022: CII – Indian Green Building Council (IGBC) has achieved 9.75 billion sq. ft of green building footprint spread across 8,600+ projects all over India. This was announced during the inaugural of the IGBC Green Building Congress 2022.

The conference was inaugurated by Suresh Prabhu, Founding Chancellor of Rishihood University and Former Union Minister Suresh Prabhu addressed the gathering and appreciated IGBC for their immense efforts in promoting and facilitating sustainable built environment. He mentioned that all people should be aware of the threats posed by climate change and green buildings are one of the means to reduce those threats. He exhorted all state governments and urban local bodies to proactively offer incentives to IGBC rated Green Buildings to ensure wider adoption of green building concepts throughout the country. He emphasized the urgent need to conserve water and help India build water security for the future. In closing, he urged all participants to be a part of the green building movement in India.

Anna Shotbolt, Deputy Trade Commissioner South Asia, representing the British High Commission in India expressed her delight at the sheer numbers of green building enthusiasts gathered. She informed the audience about the numerous collaborations between India and The United Kingdom. She announced that UK will launch a new program is association with IGBC for promoting clean technologies in India. She outlined the UK’s efforts towards net zero and said they would work with India, and especially IGBC, to holistically to achieve the net zero and sustainability goals of both countries.

IGBC NEST, a one of kind rating programme for self-developed housing projects to go green, was launched at the event. Updated versions of the IGBC Green Factory Rating System, IGBC Green Affordable Housing Rating System and IGBC Green Resorts Ratings System were also launched, along with the IGBC Coffee Table Book. Awards were also given to school students, architecture students and industry.

Gurmit Singh Arora, National Chairman of the Indian Green Building Council noted that IGBC’s Green Building Congress 2022 is one of Asia’s biggest events, with more than 120 speakers and 3,000 delegates.

C Shekar Reddy, Vice Chairman of CII Telangana State Council and Chairman IGBC Hyderabad Chapter welcomed the gathering. He emphasized that the Government of Telangana has always been a great supporter of the environment and thanked them for being a partner state.