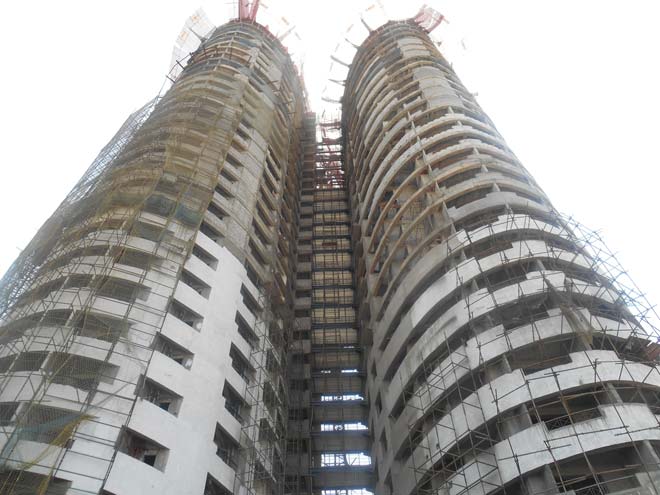 The overwhelming majority win of the BJP in the Lok Sabha polls i s expected to kick-start a flurry of activity in key sectors that will release t h e latent force of the Indian economy i n the years to come. And the signs are definitely there for all to see and behold . . .

Our day-to-day interactions with various investors clearly suggest that domestic money is i n the search for good investment options; investors a re eager to strike a deal at attractive valuations. However, foreign money has been waiting in the wings and awaiting political stability before entering India. I n that respect, a clear majority is the best possible scenario. Most investors a re comfortable with a government with minor alliances as long as there is a clear agendas and a strong voice dictating those agendas. What investors are looking for in a ruling government is clear goals and the will and strength to achieve them. With the BJP winning by a n overwhelm i n g majority, there is now a clear sentiment that this has indeed been achieved . 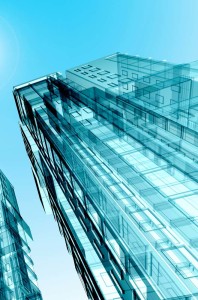 An improvement can definitely be expected in the near term investment sentiment. This will have an impact on the investment growth within the G D P. As a testimony to that, industrial GDP (comprising investment-heavy sectors such as mining, manufacturing etc.) is forecast to grow at 3.5 per cent year-on-yea r (consensus of professional forecasters empanelled by the RBI) d u ring the current fiscal year 201 4-1 5 as opposed to a n abysmal 0.6 per cent year-on-year in the previous fiscal year .

Over the past few months, we have already seen improvement in the real estate investment scenario. Currently, at least $1.8 billion worth of funds a re in the process of getting raised . With the BJP now i n the d river’s seat, we expect the space to see a lot more traction and various investors to enter into the country.

No government has a magic wand which ca n solve all problems at once. Reforming the economy is a gradual process and we need to be patient. As a l ready stated, a stable government at the Centre has the potential to boost the sentiments and in return, attract foreign money. However, we ca n not expect property prices to display the kind of sharp upward movement that were achieved before the Global Financial Crisis (GFC) . Any such movement – or reduction i n cap rate – is, i n my belief, at least 12- 18 months away.

India’s housing shortage is legendary, and the Indian government has always kept low-cost housing i n focus. However, most developers have shied away from focusing on this space because affordable housing is a relatively low-margin business; and in a high inflationary scenario, profitability remains a key concern. Equity participation by PE funds has also been limited i n the budget housing space.

The new government may look at helping on quicker land acquisition, faster approvals, easy a n d low cost funding availability and better infrastructure to make it a more interesting proposition for developers and investors. In Gujarat (the home state of Narendra Modi), the government has been extending a helping hand to developers who construct low-cost homes, although availability of cheap ca pita l , lengthy approval process and affordable land availability continue to remain challenges.

There is no doubt that adopting GST will be a major point on the new government’s agenda. The key challenge is to  convince state authorities who currently feel threatened over their tax autonomy. The biggest beneficiary of GST would be the logistics and warehousing sectors, as they would become more organised and could achieve the desired economies of scale. This has strong and favourable implications for real estate in India. Developers ca n expect streamlining of taxation process as GST would free them from disparate levies such as stamp duty, electricity duty etc. 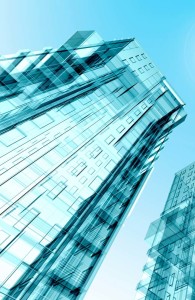 • With a view to protect the interest of small and medium retailers and SMEs, the new government’s manifesto has more or less conveyed its resistance to opening up FDI in certain sectors.

• Retail is in the negative list as per the manifesto; however, if the country has to welcome FDI and international investors, it might need to consider the number of international retailers waiting on the side-lines in wait-and-watch mode.

• A few retailers have a l ready announced their plans to go a head with the cash & carry model of operation in India, therefore kick- starting a new cycle of investment in retail .

• The overall FDI policy will be conducive, as the new government is committed to promote FDI i n other sectors and also to reforming the Foreign Investment Promotion Boa rd (FIPB) functioning to make it investor-friendly.

I foresee healthy growth of the hospitality sector i n the med i u m term, a s the new government has a clear mandate to uplift tourism across various circuits and regions. Its focus is to build 50 tourist circuits with provision of affordable hotel amenities. Even in developed cities like Mumbai, budget hotels or serviced apartments, and mid scale hotels together account for not more than 1 7-20 per cent of the total room inventory. This category, therefore, is poised witness significant growth.

• Foreign money has been waiting in the wings and awaiting political stability before entering India in that respect, a  clear majority is the best possible scenario
• We have already seen improvement in the real estate investment scenario: Currently, at least$1.8 billion worth of funds are in the process of getting raised
• The new government may look at helping on quicker land acquisitation faster approvaly easy and low cost funding availability and better infrastrature for developer and investors
• The biggest beneficiary of GST would be the logistics and warehousing sectors, as they would become more organized and could achieve the desired economies of scale, This  has strong  and favourable implication for real estate in India.
• The overall FDI policy will be conducive as the new government is committed to promote FDI in other sectors also to reforming the Foreign Investment Promotion Board (FIPB) functioning to make it investor friendly.
• On the lines of the existing National Land Use Policy, the new goverment  is committed to streamlining the process of acquiring now cultivable land
• 90% of Indian businesses believe  their reverses will rise in 2014 while 76% are most optimistic for increasing profitability this year.

With increased focus on shifting a portion of the commuter traffic from road and rai l to inland and coastal waterways, the productivity of existing road-rail infrastructure will improve.

New rail corridors such as agrirail and tourist rail networks will create newer opportunities in the warehousing, cold storage and hospitality sectors, which definitely benefits real estate. All industrial corridor development plans envisaged but not implemented by the previous government are likely to be fast-tracked

On the lines of the existing National Land Use Policy, the new government is committed to streamlining the process of acquiring non-cultivable land. The policy framework will be governed by the National Land Use Authority and will have to work closely with its faction at the state level and, also possibly, at the district level.

Business Optimism
According to a report by Grant Thornton this year, optimism amongst Indian business owners has improved on the back of expectation of a new and sta ble government

Inflation and rupee health: The electoral result may not have direct implications on the inflation story. With higher investments flowing into the economy, the rupee will gain strength in the near-to-medium term .

Exports : Exports is an external sector and is more dependent on the health of global economies than sentiment change in India. On the contrary, an immediate rise in business sentiment in India could lead to higher imports, which would worsen the CAD to some extent