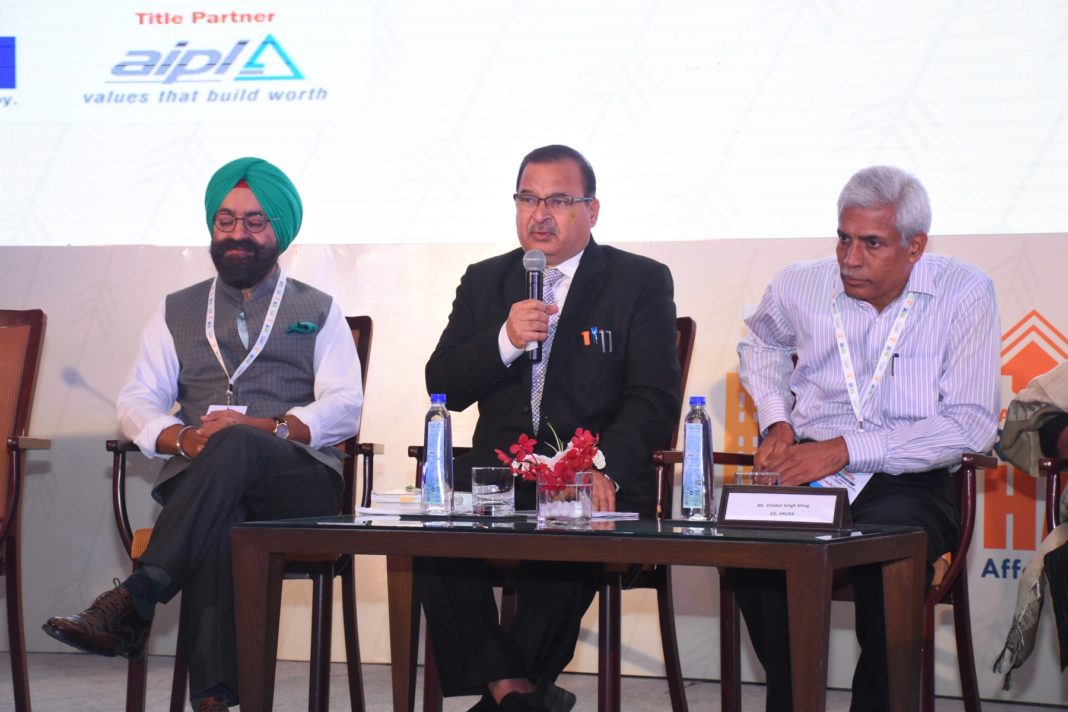 RERA authorities urge builders not to fear the Act, create a win-win situation for buyers as well as promoters

Urging the builders to create a conducive environment for the success of the Real Estate (Regulation and Development) Act, 2016, Mr Samir Kumar, HRERA member, said on Friday that there was zero transparency in the real estate field before the Act. “Greed on the part of buyers as well as builders has been the root cause of suffering on both sides. As a result, the Parliament of India had to think of a way out by coming up with this much-needed Act. It has ensured complete transparency and timely completion.”

Speaking at Rising Haryana: Affordable Housing and HARERA Summit, organized by real estate developers apex body National Real Estate Development Council (NAREDCO), which works under the aegis of Ministry of Housing and Urban affairs (MoHUA), Mr Kumar added that the purpose of RERA is to balance the interests and protect the rights of the key stakeholders – builders, buyers, and agents.

Discussing the wholescale changes brought in by RERA for the benefit of allottees, Mr Kumar said, “Coming to the various sections of the RERA Act, Section 18(1) of the Act provides for any buyer to withdraw from the project on account of delay. Under Section 3, no builder can advertise or sell a brochure et al without getting his or her project registered with RERA.”

Talking about the timely deliveries under the Act, he added, “We decide cases within a period of 60 days. Also, there is no embargo on us to give justice to the builder. The aim and object of the Act is also to safeguard the interest of the builders as well and give a boost to real estate.”

Throwing light on the Haryana Infrastructure Development Act, he added, “As per Section 11 of this Act, the builder can also make a complaint against the buyer. This can even lead to forfeiture of the amount submitted by the buyer.

The main achievement of RERA has been that it has brought the buyer and builder on the same platform. Thanks to the Act, the builder can’t take eternity to deliver a project.

Talking about the success of the online platform, he added, “We operationalized the website on Oct 4th and it has already received applications for 243 project registrations.

Indicating the robustness of the system, he added that only one project has been rejected out of these till now.

Talking on the occasion, Mr Sihag said, “Our intention is to strengthen the real estate sector so that it plays a significant role in the economy and employment generation. I am of the view that more than 20% employment in Gurugram is being generated by real estate sector.”

Pointing out the various roadblocks faced by the builders in completion of projects, Mr Daljeet Singh, Chairman, AIPL, said, “While we welcome this move of RERA, we have issues like NGT slapping notices on us to stop construction. When this happens, we can’t remobilize construction site for at least 45 days. This means, as many as 8 months delay in a project cycle of 4-5 years.”

Adding to the builders’ perspective, Mr Navin Raheja, Chairman, Raheja Group, said, “The intent and purpose of RERA should be clearly understood. It should not act as a super licensing authority and make registrations more difficult.”

Talking about the misconceptions surrounding the Act, Mr Samir Kumar added, “My feedback is that 250 projects that were to be registered have not applied till now due to one reason or the other. People have a misconception that people who initiated their projects before RERA came into being do not come in to the ambit of RERA. This is not true. All these projects come under RERA.”

Talking about the issue of external development charges (EDC), Mr Subhash Chandra Kush said, “The builder should not fear RERA. The EDC issue will be resolved soon. We are coming up with a liberal policy to reschedule the payment of EDC charges. This is going to be three working days from now on.”