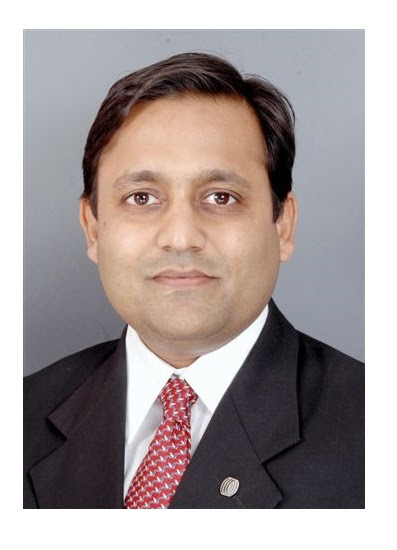 The Indian hospitality sector stands as the chief beneficiary of India’s burgeoning travel and tourism industry. According to WTTC Economic Impact report of 2018, the travel and tourism sector’s total contribution to India’s GDP in 2017 was US$ 234 billion and is expected to touch US$ 492 billion by 2028 – an impressive compounded annual growth rate of 7%. This growth naturally fuels the Indian hospitality sector.

The Indian Government has taken due note of the massive importance of the travel and tourism industry and has formulated a structured plan to promote it in its sixth five-year plan. The holistic development of India’s travel and tourism industry obviously calls for considerable support from the hospitality sector, which is extremely sensitive to economic cycles. Indian hospitality cruises through peaks and troughs based on different factors – apart from overall economic performance, its health hinges on Foreign Tourist Arrivals (FTAs), domestic business conditions and various travel enablers.

The Indian hospitality sector was ramping up nicely before 2008, but decelerated in the period between 2008-15 due to a weak global economy, poor infrastructure and policy paralysis at the Central Government level – all of which resulted in a fall in FTAs.

Today, the Indian hospitality sector has not just recovered from the slump but is once again beginning to register robust growth – growth which seems very sustainable over the coming years.

The hospitality sector is primarily driven by business and leisure travellers from within and outside India. According to recent reports, India witnessed FTAs of 10.2 million in 2017 – representing an almost two-fold rise in the last seven years – and is expected to reach 20 million by 2020 (another two-fold rise from current arrivals). Rising FTAs is a reliable bellwether of future growth for the Indian hospitality sector.

In recent times, there has been a significant rise in international business travellers due to the Central Government’s pro-business initiatives, improvement in India’s ease of doing business rankings, implementation of GST to unravel and ease the previously complex tax regime, and proliferating urban development. As a result, international companies are looking to expand their Indian operations, resulting in a huge influx of foreign business travellers.

According to reports by WTTC and TravelPort, India ranked 11th globally in business travel spending and registered a growth rate of 16.2% during 2011-16. The same report also confirms that business tourism spending in India reached US$ 8.2 billion in 2008 – the highest since 1995. However, this figure fell to US$ 5.2 billion in 2011 due to an overall slowdown in the country, and the hospitality sector took a big hit due to this decline.

Nonetheless, business spending once again grew to US$ 11.6 billion in 2017, depicting a two-fold jump from 2011 and indicating a fairly rapid recovery from the downtrend. We are now looking at a potential growth figure of US$24.4 billion by 2028.

According to the Ministry of Tourism, domestic tourism has outpaced FTAs and rose from ~14,300 lakh in 2015 to ~16,100 lakh in 2016, registering a 12.6% growth as compared to 9.7% growth in FTA during the same period. This growth can be attributed to rising disposable income, increased availability of serviced apartments and hotels, and the aggressive price wars among low-cost airline carriers.

This increase has also triggered budget and business class hotels in the metros and tier I cities. Domestic tourism spending has witnessed a linear rise. In 2005, it accounted for US$ 82.6 billion, reached US$ 186 billion in 2017 and is expected to rise to touch US$ 405 billion by 2028.

To support tourism and its allied industries, the Government of India has launched several initiatives to promote them. Some of the most significant initiatives are a 5-year tax holiday for star hotels around UNESCO world heritage sites, an extension of e-visa for 161 nations, and setting up of a dedicated hospitality development and promotion board for faster clearance/approvals of projects.

Moreover, 100% FDI is now allowed in tourism and hospitality under the automatic route. The hotels and tourism industry received cumulative FDI inflows of US$ 10.9 billion from April 2000 to December 2017.

Due to the huge potential of the Indian hospitality sector, international hospitality brands are targeting India to set up their hotels – for example, Carlson Group is aiming to increase the number of its hotels in the country to 170 by 2020.

Some notable private equity deals in the Indian hospitality sector in recent times:

Internal travel and tourism consumption, which indicate the revenue generated within a nation by the sectors dealing directly with it, is forecast to touch US$ 456.7 billion by 2028 from US$ 213.3 billion in 2017). This is lead to the growth of the directly-correlated hospitality sector as well. We are therefore already looking way past an initial recovery and are witnessing full-fledged growth in this industry.