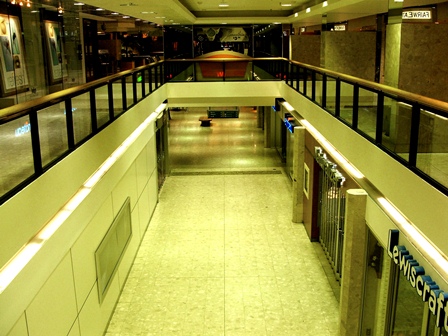 As a consequence of India’s retail transformation, the country has seen a substantial increase in mall space over the years. However, out of the hundreds of the shopping centres operational today, only a few can be counted as genuinely successful.

The success of a mall depends upon various factors such as location, accessibility, tenant mix and also optimal space utilisation. One of the prime factors for the less-than-successful malls in the country is poor mall design, with suboptimal utilisation of spaces. This results in ‘dead spaces’.

Considering the present market dynamics, dead mall space management has become a critical consideration when it comes to the optimisation of a shopping centre’s per square foot productivity. 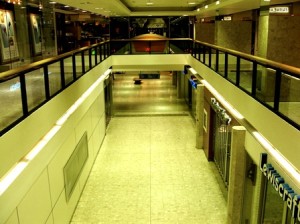 In a rapidly evolving retail market like India, adapting to the changing needs of consumers as well as retailers has become imperative. If the dead spaces in malls can be converted into productive and useful areas for leisure, entertainment and dining, then the mall would attract greater footfalls. In order to achieve efficient space management, the designing of shopping centres requires a holistic approach so as to optimise the leasable area for the mall developers.

Apart from non-performing malls, successful malls in India are also continuously working towards eliminating dead spaces so as to achieve better rental realisation. This can be achieved by: Making structural design-oriented changes, implementing softer parameters such as changing the positioning of anchor stores, or introducing major attractions or newer retail categories in dead spaces.

In India, some mall developers have eliminated the alleys or narrow passages that the mall’s inherently poor design produced, and have merged them with existing stores. Such narrow alleys create a secondary circulation pattern with no central concentration zone in the mall, thereby leading to decreased footfalls in such areas.

This also creates a dead space with lack of visibility and access for the stores towards the rear, thereby affecting the rental realisation of these stores. In order to improve leasing feasibility, developers are now opting for better design with a good circulation and visibility of such stores. There is now greater emphasis on directing footfall traffic along the mall’s entire floor scape, thereby providing parity and frontage to all stores.

Mall developers are also adapting their malls according to changing needs and trends, taking into account the competition. In order to facilitate footfalls in the entire mall, dead spaces are being eradiated by changing the position of the anchor stores along the corners or ends of the mall. Also, some mall developers are introducing the novel first-time brands or attractions in the extreme ends in order to encourage shoppers to stroll through these areas.

In the future, dead space management is going to play a crucial role in achieving mall developers’ economic goals, as well as in rejuvenating mall space for the introduction of newer categories and brands. Moreover, the upcoming malls are increasingly being designed with a sharp focus on the tenant mix and the size requirements of various brands from the planning stage itself.

Under ideal circumstances, the requisite features are not introduced retrospectively but are, in fact, factored into the mall’s original design. However, there always needs to be a healthy margin of flexibility.  In fact, even the best shopping centre design allows for constant adaptation to changing requirements. Indian shoppers are more discerning than ever, having been exposed to the retail trends of more developed countries.

This does not only mean that they know their brands – it also means that they are perfectly aware that dead spaces in a mall are indicative of something being out of whack. Since retail trends change and some solutions to eliminate dead spaces do not always pan out as expected, mall developers will have to examine and re-examine their options in this respect as a constant work-in-progress.