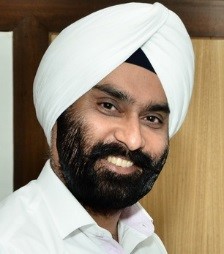 The importance of gender diversity in the workplace is a pretty well-accepted fact now. While more and more companies are addressing the need to bridge the gender gap in their respective businesses, there are many instances where gender diversity has remained a ‘buzzword’ with only nominal lip-service paid to the urgent and current need for a diversified workforce.

India Inc., at certain functions and levels, still remains less than accepting of women at the workplace. Successful women are still an exception rather than the norm as they continue to struggle with the chauvinist thinking that has moved out of Indian homes and society and into our workplaces. To say this may be politically incorrect but if the ugly truth is not bared, there cannot be progress.

That is not to say that some positively seminal progress has not been made. Many India-based MNCs adopting their global entity’s gender diversity norms, as well as quite a few leading consultancies and technology firms, are actually the flagbearers of gender diversity in Indian workplaces.

It is worth noting that though India women’s share in the engineering space has definitely gone up to around 40% at the education level, this does not reflect in the employment numbers. In fact, women in the technical field, especially conventional engineering, are still in abysmal numbers. A larger malaise starts at the recruitment process itself, before managerial roles and those with higher responsibility come into the picture.

While most Indian companies have their hiring programs geared towards attracting female talent, the statistics are still dismal when it comes to critical parameters such as the gender ratio in important roles. If we consider the technology field, the percentage of female employees in software testing is higher than that in core programming, reflecting an alarming trend towards relegating female employees to ‘less critical, lower complexity’ jobs.

All talk and no action?

On the one hand, more and more employers in India are acknowledging the crucial role a diverse workforce plays in a thriving, growth-oriented business, its stakeholders, and the community it operates in. On the other hand, much of the steam pumped into diversity and inclusion initiatives is lost in events and other showcasing activities, with little reaching the final and most critical stage – execution.

Indian companies, particularly tech firms, are trying to work towards their diversity mandates through higher incentives for referring women candidates, hiring women on a break from full-time work, offering special benefits for better work-life balance (child care, etc.). However, true change can come about only when diversity is part of a business’s ethos and not a mandate.

Dramatic as it may sound, true inclusion is a matter of faith. A business must believe in the immense power of a diverse workforce that brings together different backgrounds, generations, and groups with their unique take on challenges and their solutions.

How far does the root of gender inequality in India Inc. run? Is it related to a weak talent pipeline affecting hiring, or a lack of employer sensitization affecting employee morale?

Inclusion does not stop at hiring. Inclusion must be a way of thinking and only then can it truly promote women in workplaces. Globally, and in India specifically, women are seen to leave the workforce before they reach mid-management level. Efforts made to include them in the workforce are as important as ensuring they continue in the workforce while navigating evolving roles on the personal front—as they go through milestones/events in life (such as marriage, parenthood and caregiving for the elderly).

Studies suggest that the early 30s are a common age group for women to leave full-time jobs. While this could be a result of life events, the exodus can be stemmed by giving their careers proper direction prior to the break.

Supervisors/mentors have a crucial role to play here. A professional is more likely to come back to work when he/she knows what is expected of him/her and what growth trajectory he/she can expect in the future. In the absence of a clearly-defined career path, an employee coming back after a break would clutch at straws trying to fit roles, and employers will potentially have a low employee engagement issue on their hands.

Globally, the gender diversity discussion has moved forward to creating specific roles for women and discussing the roles of coloured women at the workplace, discerning a deeper understanding of the issue. In India, on the other hand, we are still content with celebrating the relatively few women in leadership roles and not doing enough to foster more of them.

India clearly does not have a problem with lack of talent. Some organizations’ Human Resources divisions have clear mandates to seek both genders for available openings. In fact, some go out of their way to hire women employees, preferring them over men.

A pertinent question then arises – are these equal opportunity employers or are they going overboard in their quest for redressing the gender imbalance? We have seen a similar dynamic playing out in the field of Indian law, which is now apparently overcompensating for decades of unabashedly male-centric legislatures by going in the diametric opposite direction on many fronts.

I would say – To each his own. Let firms set up their hiring policies as per their guidelines, but the right balance needs to be struck.

Even with all the right policies in place, where does India Inc. continue to get it wrong?

A larger issue at hand is the fact that corporate workplaces are still geared towards males than females. The second issue is a larger one – that of mindset. Plainly put, women are not entrusted enough with managerial roles. Many are stuck in administrative and lower level posts. To my mind, this is also an element of gender diversity that does not get much airwaves, largely because we are stuck at talking about the percentage of women at the workplace. However, this downward bias towards the roles of women is of equal importance.

To restrict women to sales or client interface work is also in itself sexist as much as it is regressive. That said, they are much more successful in such roles than men primarily on account of the trust factor they are able to bring to the table. On the back of their unique qualities, many women have risen to head big teams across verticals and across industries.

The discussion has to move beyond roles and fields where women are apt. They have ably and consistently demonstrated that they can contribute equally if not better than their male counterparts. Enough studies have proven that women bring ‘left-of-field thinking’ to work, which has more to do with new ideas and creative intelligence.

The last factor of import is to create a more sensitized work environment that is truly inclusive. Going beyond lip service, a workplace that truly empowers women by understanding their unique needs while channelizing their talents can be considered as genuinely gender diverse. Workplace policies to support women are truly the enabler that can address the gender bias in the Indian context.

In India, a lot of good intent is still lost in execution. Even when policies are in place to provide flexi-work to employees with demanding commitments outside the office, lack of sensitization at peer and supervisor level makes it taboo for employees to explore these options. Until businesses internalize these policies to the point where flexibility in time and place of work is treated matter-of-factly – rather than as a favour being bestowed – they cannot demonstrate truly inclusive behaviour.

This gap in theory and practice has given rise to India’s notoriously wide gap between employer and employee expectations – the former believe that they are doing enough, and the latter are unable to bring their true selves to work for fear of being stigmatized as unprofessional.

What can be done to improve execution of inclusion policies?

Increasing gender diversity in the workplace through strategic initiatives can be effective in the following ways:

Boosting employee morale
Sensitizing the workforce to the need for inclusive behaviour,
Bringing the inclusion perspective into strategic discussions around operational priorities conducted at the C-suite level

Until now, policies around inclusion appear to have remained restricted to the printed word for Indian employers. These policies need to be woven into the fabric of an organization for employees from diverse backgrounds to feel secure about discussing their work-life dynamics and successfully delivering on expectations – both inside the workplace and outside.

Equally importantly, it is the business at the grass-roots level that needs to lead the agenda on gender diversity for an organization to see real action and movement happening on the ground. HR can be a strong partner and help in executing the agenda through establishing policies, processes and supporting infrastructure – but establishing a culture of inclusivity begins at the top and has to be a business goal and key metric.

Most organizations forget to involve men while designing initiatives around women inclusivity. Given the workforce configuration today, more often than not men are occupying positions of authority and decision-making. Since they are not involved in such initiatives, they miss out on being sensitized to problems that women face at the workplace – and on a key factor in bringing about change at the ground level.