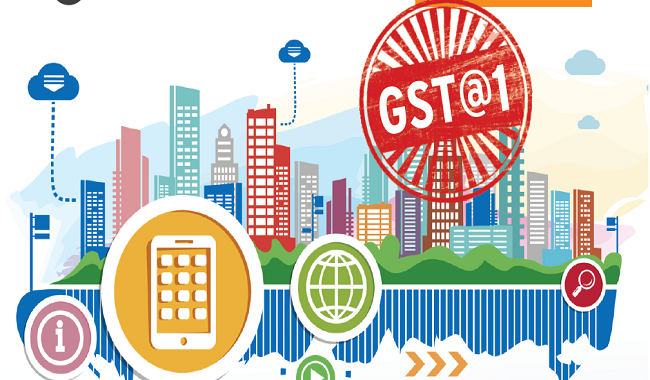 The Lower House of India’s Parliament has cleared four bills in preparation of the upcoming rollout of the Goods and Services Tax (GST) regime:

This sets the stage for states to enact laws and implement the new tax regime from July. The tax rates applicable on products and services are expected to be announced by the government by April-end.

As widely reported, the Central GST (CGST) bill states that any tenancy, lease, license to occupy land, or easement will be considered as supply of service. Any lease or letting out of a residential, industrial or commercial building for commercial purposes – wholly or partly – will also constitute a supply of services.

Simultaneously, the sale of land or building (except the sale of under-construction buildings) will not be treated as either supply of goods or services. The sale of land and buildings will be out of the purview of GST, and such transactions will continue to attract stamp duty.

Therefore, once GST comes into effect from July, the leasing of land and buildings – as well as home loan EMIs paid by those who purchase under-construction apartments – will attract the applicable tax rate. Depending upon the tax rate that gets announced for real estate, the effect could be higher or lower than today.

The industry hopes that a lower tax rate of 12% be applied on real estate in the under construction stage, as it will help reduce the cost of homes and increase affordability for end-users. However, a higher rate of 18% would increase the cost of houses in under-construction projects. The Government must give clarity on the composition scheme (i.e. abatements for cost of land) and on the service tax and value added tax (VAT) already paid by developers for their under-construction projects.

Under the service tax regime, developers and home buyers can obtain benefits under the abatement scheme. In the case of buying an under-construction flat, an abatement of 75% is allowed, subject to the flat being less than 2,000 sft and sold for less than INR 1 crore, taking the effective tax rate from 15% to 3.75%. If the two conditions are not met, the abatement is reduced to 70% and the effective tax rate to be borne by the buyer increases to 4.5%. States also charge VAT on top of this service tax.

However, if the abatement rules do not apply under GST regime, the applicable tax rate would shoot up dramatically. Similarly, the final applicable tax rate would define whether those living in rented residential properties end up with much higher or slightly higher rental outgo, as the additional tax to be paid by the landlord will get passed onto the lessee. Under the current regime, service tax is levied on rents paid for commercial and industrial units, and not for residential units.

What happens to affordable housing?

According to reports, the Ministry of Housing and Urban Poverty Alleviation (MHUPA) has suggested to the finance ministry that the current exemption of service tax on affordable housing should continue even under the GST regime. A decision on this is expected before July.

Given the Government’s goal of ‘Housing for All by 2022’, this exemption is likely to continue under the new tax regime. MHUPA has also requested the states and union territories to consider waiver or rationalization of stamp duty on affordable housing projects.

Post Views: 150
Related Topics:Goods and Services TaxGSTHomebuyersMinistry of Housing and  Urban Poverty AlleviationRentersVAT
Up Next

More Malls in Pune to Capitalize on Strong Office Demand

The Role of Architecture in Modern Luxury Housing