Vastu shastra has always been a topic of discussion among believers and non-believers. Non-believers label it as pseudo-science and do not pay much heed to the lucidities behind working of vastu. Whereas, people who understand vastu, will know that this subject is as much science as physics, chemistry and biology are. As per research done by architectural service provider, “Rethink the Future”, whooping 93% of metro population looks for vastu compliant houses. Isn’t that amazing? But how can ancient vastu be applicable in present scenario, wherein houses have modern designs & architecture, and materials used now were not available thousands of years back, when vastu shastra was scripted? Then how is the age-old subject of vastu shastra even suitable to the modern era?

This is where scientific vastu comes into picture and plays its dynamic role, which undeniably is based on the rules of ancient vastu but execution surely has changed with the change in the architectural set-up. Vastu recommends to be as close to nature as possible. In olden days, every house was vastu perfect. Apart from constructional perfection, building material used were bricks, clay, natural fiber, hay, bamboo, wood, cow dung etc. and inmates led a contended and healthy life. Now, with the evolution of science and technology, upliftment of social strata & modernized approach of people, availability of economical and variety of material to choose from to construct and decorate the house, a major chunk of human population is inadvertently distancing itself from nature and unknowingly embracing various predicaments.

In a race to prove oneself superior over other in every arena, expecting people to utilize old age material like clay, wood, bamboo, hay, etc to make a house today is uncontestable, typically in the urban sector. However, if we try to follow, what scientific vastu has to offer, we will understand that we need not to remain intact in the orthodox way of living. Even with modernized way of architecture, human can lead a healthy & wholesome life. Just that he has to be little more receptive, selective and aware of its offerings. For instance, instead of using fiber, which is comparatively inexpensive, one can go for natural wood fixtures & furniture. Put a stop on the usage of plastic and synthetic paints. Avoid using wrought iron/caste iron, focus on constructing double layered walls, use hollow bricks, stone walls, organic-breathable paints, breathable blinds & curtains etc.

Bamboo, cordwood & cork are ecofriendly options for flooring and furniture/ cabinets. Straw bales, having good insulation properties can be used as noise absorbing material between beams and columns for houses in commercial area. Adobe housing is another great concept, where 13” mud bricks are used to make walls, which conserves energy and allows a building to heat up or cool down according to the weather. However, this concept may not be acceptable for someone looking for a modern house to reside in but with increased use of all or some of the above-mentioned material in a house, we will be able to maintain an organic house, with minimal exposure to the electromagnetic radiations or unhealthy construction material in the house, thus keeping ourselves safe.

Since vastu is about maintaining a healthy ambience & atmosphere, its relevance can never fade away.  It is as relevant today as it was decades ago. In-fact its relevance is increasing with each passing day on earth, as this is the only subject which guides us to “Make a house an abode of overall health, prosperity and happiness”. Today, when there is dearth of water, following vastu would mean maintaining underground water level by diverting used water of the house towards northeast. Rainwater harvesting was an important task for olden people, even when there was no shortage of water and today, it off-course has become the most talked about topic when it comes to preserve water. 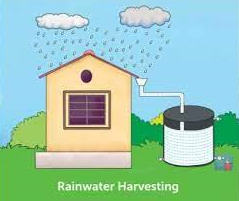 To reduce usage of electrical appliances to uphold temperature, vastu recommends tall and heavy trees in southern and western side of the house, so as to prevent house from overheating as sunrays are harsh when sun is in south and west. All aromatic and short plants are suggested in eastern and northern area so that morning air could bring the fragrance inside and fill up the house with positivity. 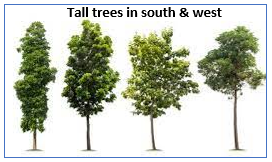 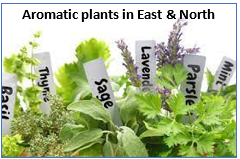 Ever increasing pollution, amplified greenhouse gases, depleted ozone, frequent occurrence of earthquakes, cyclones, avalanche, tsunami is a wakeup call for each one of us to stop abusing nature. It is not nature which is at loss, but the human himself. Nature knows how to balance itself, unfortunately many a times at the cost of human life. Here, vastu shastra offers itself as a solution to all these catastrophes. Need is to understand & follow it.

Purpose of Vastu is to make life comfortable and provide a healthy atmosphere in the house and whatever it takes to do so, vastu does that. We cannot deny the fact that, there are various thoughts of vastu which have become obsolete over a period of time. Like having an even number of windows or doors in a house or to have a mud house or clay flooring or not to have in-house toilets or septic tanks etc., but this doesn’t mean that fundamentals of vastu have also changed. Basic principles of having water in northeast, fire in southeast, earth in southwest and air in northwest remains significant. Just that hand pumps have been replaced with taps, fountain or swimming pool, firepots replaced with gas, hotplates and other electrical appliances, or charpai in bedroom replaced with modern beds. 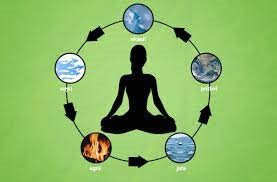 As we always say, vastu is about balancing energies of 5 elements to bring physical and psychological strength in the people living in a house. Like olden houses, modern houses can definitely be designed in a way, which balances air, water, fire, space and earth and lets in enough sunlight, air & positive electromagnetic waves that could heal mind, soul and body.

Is 2021 best buying opportunity in the commercial realty?