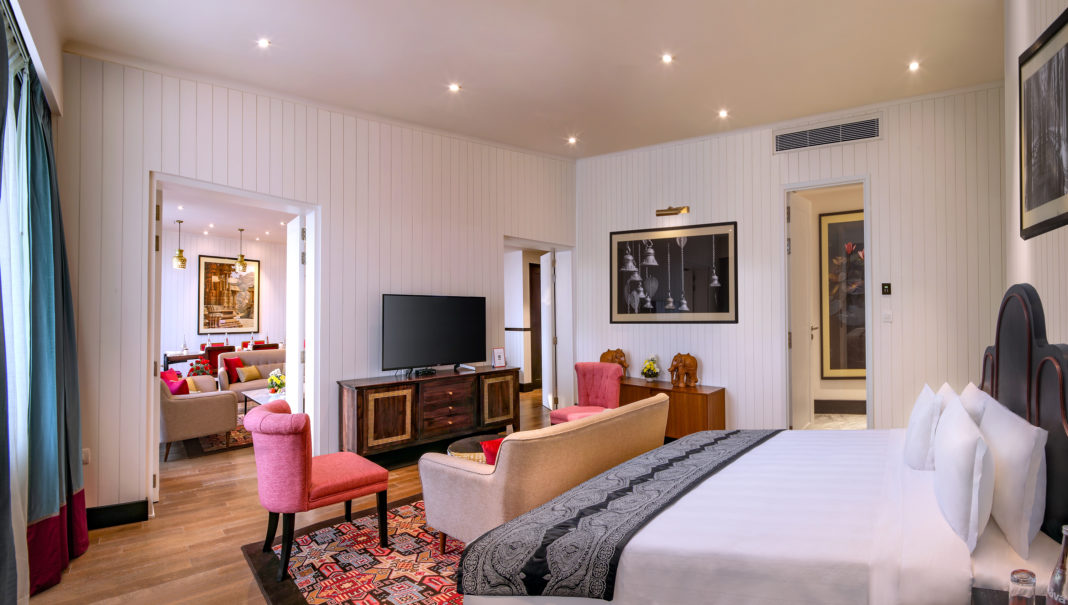 According to a press release issued by the company, the Chief Minister stated that Welcomhotel Guntur will contribute to the development of the city as an economic hub. He also reiterated his faith in the robust partnership with ITC mainly in the areas of tourism, agriculture, and food processing.

Sanjiv Puri, Chairman, ITC Limited highlighted ITC’s century-long association with the state of Andhra Pradesh and how the Company has over the years strengthened its investments across all the three sectors of the state’s economy – agriculture, manufacturing and services

The hotel is powered by renewable energy sourced from ITC’s own wind energy farm near Anantapur, Andhra Pradesh. Powered by its credentials in promoting green energy, the hotel is poised to achieve the coveted LEED Net Zero Carbon status soon. Welcomhotel Guntur also has its own water bottling plant that enables it to serve zero-mile bespoke drinking water in glass bottles christened ‘Sunya Aqua’.

Nakul Anand, Executive Director, ITC Ltd stated, “ITC Hotels takes great pride in launching ‘Welcomhotel Guntur’, the first LEED Platinum certified hotel in the state of Andhra Pradesh. Being the first five-star hotel in the state, Welcomhotel Guntur is reflective of the warmth of Indian hospitality, augmented by our internationally acclaimed standards of service. The new opening will strengthen our footprint in the southern region as Brand Welcomhotel continues to surge forward adding a number of properties across India to its portfolio.”

Apart from its multidimensional interventions in agriculture in Andhra Pradesh, ITC has also established 16 manufacturing units and operates 5 hotel properties in the state including the newly launched Welcomhotel in Guntur. The Company’s social investment programmes in the state support livelihoods through several initiatives across Forestry, Watershed, Livestock Development, Primary Education, Vocational Training, Health and Sanitation and Solid Waste Management.