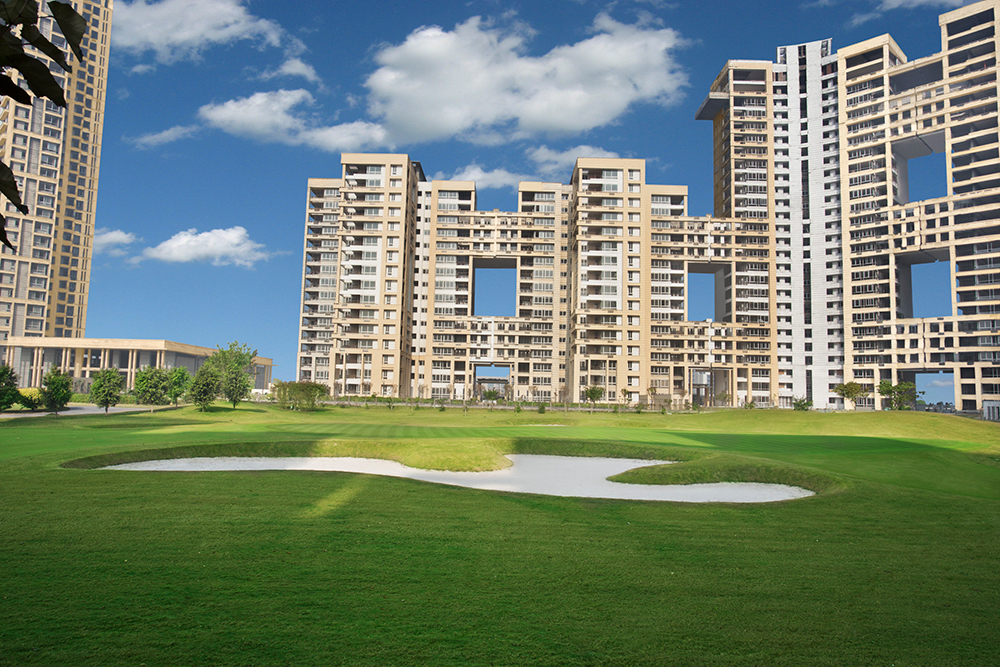 Gautam Budh Nagar/Lucknow: Jaypee Greens Kalypso Court Phase -2 (UPRERAPRJ4695) located in JP Wish Town, Sector 128, Gautam Buddh Nagar and promoted by M/s Jaiprakash Associates Limited (JAL), a project being rehabilitated by U.P. RERA under the provisions of Section 8 of the RERA Act, has been issued the Occupancy Certificate (OC) for two towers namely towers 7 and 8 by Noida Authority on August 1, 2022. After obtaining Occupancy Certificate (OC), Kalypso Court project has become the first project rehabilitated under the provisions of RERA Act in Uttar Pradesh as well as in the country under strict monitoring of Uttar Pradesh Real Estate Regulatory Authority (U.P. RERA).

On the successful receipt of the Occupancy Certificate (OC) for the towers, the promoter can now offer possession to 148 allottees in the towers. These allottees had booked units in the project around 2010-11. Popularly known as the Kalypso model in the real estate sector, the project has become the first of its kind benchmark to boost confidence of promoters and allottees of stuck projects.

The promoter had registered this project, comprising 8 towers, with U.P. RERA in 2017 and could complete only 4 towers before the expiry of RERA registration. U.P. RERA vide its order dated 29th July 2020 approved the plan of rehabilitation of the remaining 4 incomplete towers, towers 7, 8, 11, and 12 having 304 units, in the project by authorizing the promoter to complete the remaining construction and development work with the consent of the association of allottees i.e., Progressive Welfare Society which had more than 50 per cent of the allottees in the towers. Under the said order the promoter was directed to complete the project within 18 months from the date of order.

U.P. RERA established a robust supervision and monitoring system under a Project Advisory & Monitoring Committee chaired by one of the Hon’ble Members of U.P. RERA. The committee also includes officers of U.P. RERA, the competent development authority, the promoter, and the association of allottees. The committee, through a construction consultant appointed by U.P. RERA, closely monitored the construction progress in the project and intervened, as necessary, to address day-to-day issues arising in the project. Over the course of the last 2 years, the committee convened multiple meetings, both in the U.P. RERA Regional Office in Greater Noida and at the project site, for effective monitoring of project completion. This parallel monitoring mechanism have been very instrumental in reducing mistrust between the promoter and the allotees.

The successful completion of this project marks a new beginning in the post RERA era where a project has been rehabilitated and nurtured towards completion by a regulatory authority.

On this occasion, Rajive Kumar, Hon’ble Chairman, U.P. RERA congratulated the Project Advisory & Monitoring Committee, the promoter and the association of allottees on successful completion of the project. He said, “Today is a big day for the entire real estate sector. The RERA Act was enacted on the backdrop of massive delays in completion of real estate projects and the need for safeguarding the interests of homebuyers. The effective use of provisions of RERA Act in enabling completion of stalled real estate projects is game-changer. I am proud that U.P. RERA has been spearheading this movement and now has overseen the completion of the first project in the country using the provisions of Section 8 of the RERA Act. I am confident that more and more promoters and allottee associations shall utilize this platform for rehabilitating stalled / delayed real estate projects under the aegis of RERA.”