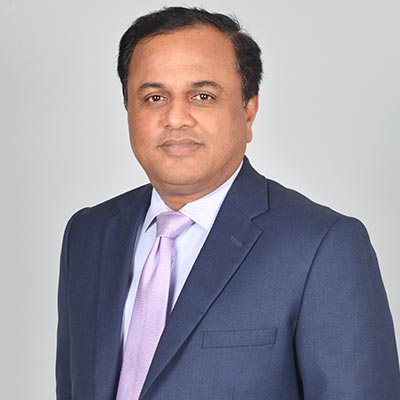 The foundation-laying ceremony of the Jewar International Airport by the Prime Minister heralds significant future economic activity in and around the airport. With an estimated cost of Rs 34,000 cr, the airport, once completed, will ease traffic at the IGI Airport, create a massive number of jobs for the local population, and give a major impetus to the property market in Noida, Greater Noida, and Yamuna Expressway.

These regions were previously speculator havens and needed significant impetus to attract end-user demand. For an area to become end-user-centric and liveable, an infrastructure project like the Jewar Airport can help kick-start more real estate developments, including housing, commercial, retail, and hospitality projects. 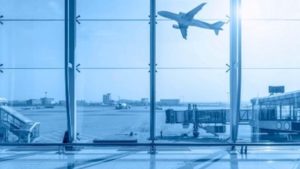 The height restrictions for developments near airports and the newly-evolved homebuyer preferences post COVID-19 may combine to push up the viability of plotted developments around the Jewar Airport. In recent times, plots and independent homes have gained a lot of popularity in Delhi-NCR.

To illustrate – residential plots around the airport selling at Rs 22,000 per sq. yard a year have seen prices increase to Rs 30,000-32,000 per sq. yard by now, depending on the exact juxtaposition of the plot vis-à-vis the upcoming airport.

A Major Boost for the Region

If the construction progresses as per the schedule and Phase 1 completes by the second half of 2024, there will be significant ‘real’ benefits. Already, over the last year, commercial activity – particularly warehousing – saw increased momentum in and around the airport – also factoring in other mega projects in the vicinity, including the Film City.

Already, there is an uptick in office leasing in Noida. Various private institutions are now scouting for land in and around the airport. The Greater Noida Authority has boosted investments into the region by attracting big companies with various incentives.

While the future for real estate around Jewar Airport certainly looks bright, investors, end-users, and developers must continue to tread with caution. The arrival of a second international airport in NCR will have a positive impact on the real estate market in and around the region and the state of UP. However, investment gains expectations must be more realistic than speculative.

Over the short-to-mid-term, the area in and around the airport will undoubtedly witness significant development activity by players who hold suitable land banks there. Many players have been hoping to cash in on this mega project since it was announced several years ago and bought up large land parcels in the vicinity.

For these far-sighted developers, the time to come forward and weigh the best options is finally at hand. However, they will need to consider that the nearby areas, including Noida, Greater Noida, and Yamuna Expressway already have a lot of residential projects available.

As per ANAROCK data, the total available housing stock in Noida, Greater Noida, and Yamuna Expressway collectively stands at nearly 54,450 units (as on Q3 2021). This is 33% of the total stock in the entire NCR. Interestingly, back in 2019, the total available stock in the three areas was approx. 67,830 units. With demand rising in these cities after the pandemic, housing inventory declined by nearly 20% in this period.

Once operational, the Jewar Airport will be a major game-changer for Noida and Greater Noida, and also the hitherto obscure property markets in the nearby hinterlands. Some of the most significant trends to watch for in the long-term include:

End-user Demand: Despite being more affordable than markets like Gurgaon and Delhi, Greater Noida and areas along Yamuna Expressway had been unable to position themselves as solid end-user markets due to lacklustre infrastructure facilities. The new airport will induce a massive infrastructure boost and make these areas more liveable and active. This will attract increasing interest from end-users in this region.

Greater Noida & Yamuna Expressway – New Affordable Options for First-time Homebuyers: With increased connectivity and several infrastructure upgrades on the anvil, these two regions will see significant real estate development in the times to come. These regions are more affordable than Gurgaon or Delhi, where prices are largely unaffordable for many. First-time budget-conscious homebuyers will have viable alternatives in these areas.

Commercial RE Uptick: The new airport will increase demand for housing, as well as commercial real estate like office and retail spaces. More and more office spaces will come up in this region as rentals there will be relatively lower than in Gurugram.

Moreover, COVID-19 came as a boon for the Noida office market, as demand for Grade A office space in the city was much higher than in Gurugram. To rein in costs during the pandemic, several corporates, start-ups, and other businesses saw Noida as a better alternative in 2020. Now, the upcoming Jewar international airport gives Noida an additional advantage.

As per ANAROCK research, the avg. monthly rentals for Grade A office spaces in Noida are anywhere between Rs 50 – 80 per sq. ft. In Gurugram’s prime areas, they range between Rs 85 –125 per sq. ft.

Steady Future Capital Appreciation: Both Greater Noida and Yamuna Expressway historically aw high investor activity. While the areas always looked promising for end-users, their liveability quotient was a challenge. Many housing projects along the Expressway thus remained unoccupied and were tagged as ‘ghost towns.’ With the new airport drawing more end-users, the region will finally see steady capital appreciation based on actual demand, not speculation.

With the Jewar Airport finally set to take off, we can reasonably expect significant activity to commence over the next 2-4 years.