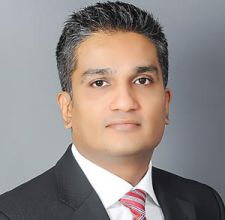 With the final approval for Navi Mumbai’s airport now in place, real estate inventory overhang in areas around it will ease in the short term. Over the long term, there will be a marked recovery in prices in these areas.

Navi Mumbai’s proposed international airport has finally got the last pending approval – CIDCO has handed over 250 hectares of land in lieu of 108 acres of mangroves that will be taken over for the project. Narendra Modi’s new governance programme Pragati (Proactive Governance and Timely Implementation) is clearly at work here. In the latest development, the environment ministry made a key exemption, waiving an earlier requirement that a mangrove sanctuary be created by the airport’s developers. Now the developers will only have to make the designated mangrove area adjoining the airport ‘unattractive’ to birds.

With the last approval in place, work can finally start on the project. A toast of the Navi Mumbai’s developer community, the announcement of the Navi Mumbai International Airport in 2007 had been the basis for massive price rises in hitherto anonymous locations like Ulwe, Kamothe, Kharghar, etc.

After the initial euphoria died down, controversies marred the start of this project and the year-on-year appreciation of prices also fell – especially in the last couple of years. Given the morass of land acquisition issues, home buyers and investors were simply not sure when, and even if the airport project will actually become a reality.

In fact, prices in Ulwe fell by 10-20 per cent when it became clear that the airport was stuck on the bureaucratic runway (though this trend is already changing – prices in the adjoining areas have increased by 5-10 per cent in 1H 2015.)

Immediately after commencement of the airport’s construction, the currently static real estate markets around it will see a marked pick-up in sales. Inventory overhang will start to clear off and investors will start selling to unlocking their blocked capital. In the mid-to-long term, there will definitely be price rise in these areas, especially after the pent-up inventory is sold off.

· Will the clearance of the ‘airport hurdle’ significantly revitalize Navi Mumbai’s development growth curve?
· Will Navi Mumbai be able to develop its infrastructure further and turn into an independent city like Pune?
· Will it be able to compete with Bangalore after the successful completion of this airport, leveraging its location of being situated between two older and bigger neighbours – Pune and Mumbai?

The answer to all three questions can definitely be a ‘yes’, given the strategic location of this city. Navi Mumbai is located quite close to Pune, and is also closely connected to Mumbai by rail and road. Projects like the 22-km long Mumbai trans-harbor link, which will enhance its connectivity to Mumbai, have been given priority by the current government and would come up by the time the airport is ready.

Unlike Mumbai, which is surrounded by sea on three sides, Navi Mumbai can grow in the directions of Pune as well as Uran and beyond. Additionally, it has a fully-functional port at Nhava Sheva. With this airport, the satellite city’s infrastructure will get a major boost. Already, the Maharashtra government is planning for growth nodes around the airport and has also announced the smart city NAINA (Navi Mumbai Airport Influence Notified Area).

Navi Mumbai’s fairly balanced industrial growth will continue, and more and more of Mumbai’s population will eventually shift to the city and the other smart cities that will come up around the airport. In short, the final clearance for Navi Mumbai’s long-awaited International Airport heralds a massive boom for the region.

· The Government had initially approved setting up the airport in 2007
· Initially scheduled for completion in 2015, it is now likely to be ready only by December 2018
· The project will cost roughly Rs 14,573 crore and is likely to be completed in four phases.
· The airport will span an area of 2,867 acres with a terminal building of 5,23,000 square meters and two runways.