Kamdhenu Paints on August 22 launched a public interest campaign through a contest on its social media platform. The campaign will be live on Facebook until August 24.

According to a press release, the campaign aims to promote awareness on options to protect exterior walls from the harmful effect of rain.

The gamified campaign involves a bucket of Kamdhenu’s Weather Classic Max that the users will have to catch inside an outline. Participants can share a screenshot of their catch to stand a chance of winning some exciting vouchers from Kamdhenu, added the release. 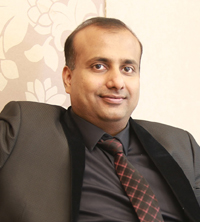 Saurabh Agarwal, Director, Kamdhenu Paints, said, “Monsoons are here and so is the danger to exterior walls from harmful showers of rain, algae, fungus, and more. Kamdhenu Paints have always been known to provide a range of exterior emulsions that protect the walls against any weather extremes, and this time we wished to convey the same with the help of a small and interesting contest.”