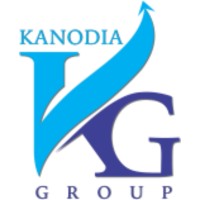 Vishal Kanodia, MD of the Kanodia Group, along with Gautam Kanodia, Director, and Manoj Kamboj, CEO, were present on the occasion.

Targeting the markets of Uttarakhand and western Uttar Pradesh initially, the company wishes to expand to Delhi and NCR in their coming expansion programme followed by Bihar in August this year.

According to a press release issued by the company, Kanodia Group has implemented various valuable energy efficiency and environmental protection measures to keep up with its initiative of observing green norms across its operations.

Speaking at the launch function, MD Vishal Kanodia said, “With a finenessr level of 4k, it is expected to be one of the finest cements available not only in India but also in the international arena.” To support his comment, Director Gautam Kanodia, added, “Bigcem is expected to give 40 per cent more strength than the prevailing BIS standards which makes it a very high-quality product.”

CEO Manoj Kamboj said, “Currently, set up at a capacity of 4.2 million tonnes, the company desires to lead the North Indian markets by producing 10 million tonnes by 2020. He also informed that Kanodia Group had recently signed an MOU with the Government of Uttar Pradesh worth Rs 1,100 crore”.