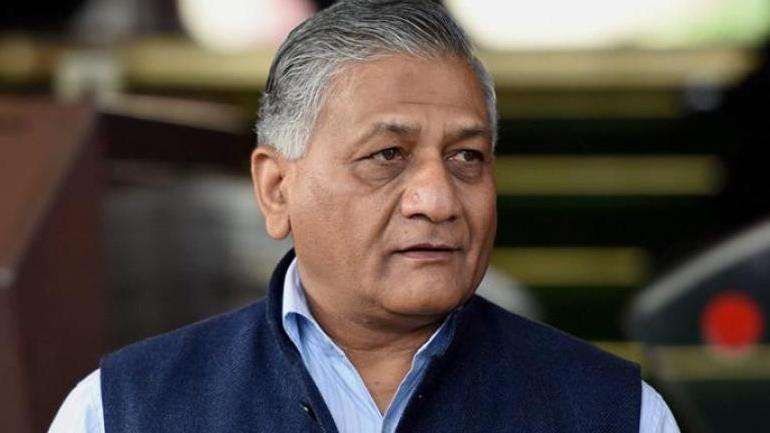 Minister of State Gen VK Singh exhorted the real estate developers to ensure that the promises they make to investors and homebuyers at the time of launching a project are kept in their entirety. He said the only way to win the trust of the people is to see to it that no one feels cheated at the hands of developers in terms of timelines and facilities.

The minister, who holds the portfolios of External Affairs, Overseas Indian Affairs and Statistics & Programme Implementation (Independent Charge), was speaking at a grand function hosted by Realty & More magazine to distribute the first-ever R&M Property Awards, at The Oberoi in New Delhi on Saturday.

Singh said the Narendra Modi Government was doing its utmost to help the real estate industry progress and ,in this regard, he specifically referred to its ‘urban thrust’ that included ‘Housing for All for 2022’, AMRUT and Smart Cities Missions. He said the recent launch of the NH24 widening was also going to prove a boon for real estate community in the region. He emphasised that the Government was taking all possible steps and it was up to the developer community to ensure that non-serious players among them are eliminated. Realty & More magazine, he said, can play a crucial role towards this cause.

Realty & More Editor Palash Roy, in his welcome address, thanked the entire developer community and various Government departments for staunchly backing him in his efforts to run the magazine uninterrupted for the past over two years. He particularly acknowledged the respect he has earned within the industry for keeping R&M away from crass commercialism while keeping the core journalistic values alive.

The awards function was organised on a lavish scale and senior representatives of all the prominent developers and allied industries of Delhi-NCR were present in large number to receive the honors. A spectacular LED screen was put up as a backdrop on which AVs of all the sponsors were played. The proceedings were handled by MC Ghazal in a captivating manner and a rocking performance by music group Dehak served as a huge mood-enhancer.