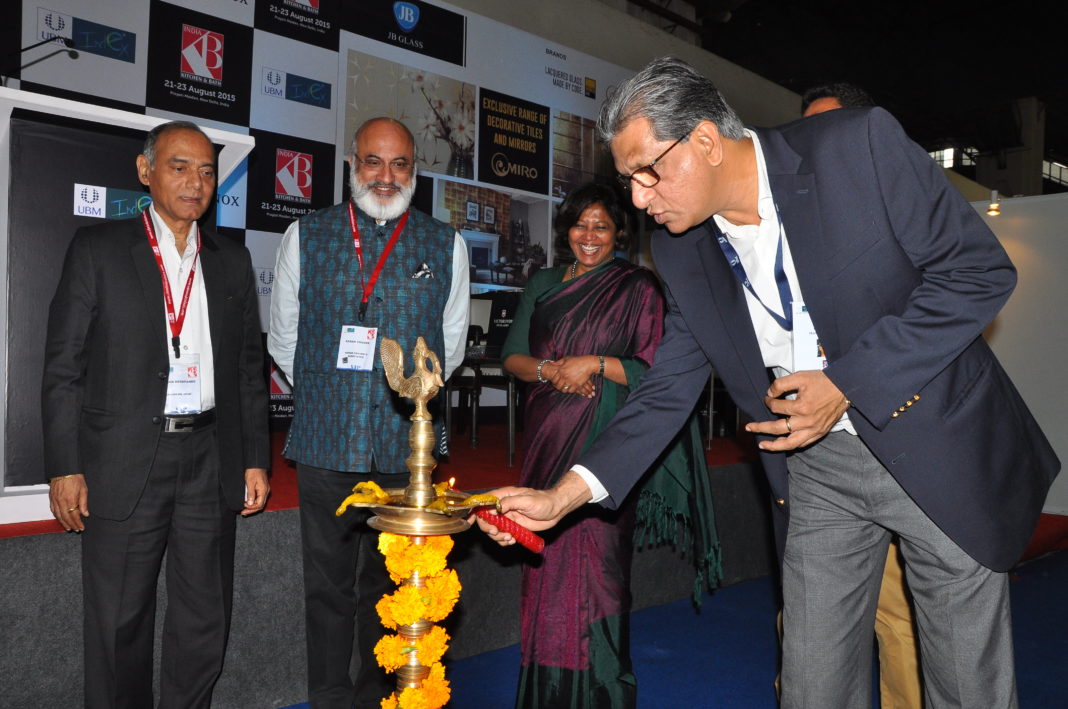 Optimism in the kitchen and bath industry was evident at the three-day fair which concluded at Pragati Maidan in New Delhi on August 23.

On display at the fair were a wide range of products by several leading companies in a bid to attract individual customers. Among these were multi-flow showers ranging from a 2×2 feet to a huge 32×32 inches rainfall, with chromo therapy lighting effect in RGB by leading maker Oyster.

Arvinder Gere, Senior Manager, Oyster said, “There is demand for our showers from leading builders such as Omaxe, Prateek and Gaursons. They want steam bath, whirlpool and jacuzzies. There is also demand from the hotel industry and we have supplied to hotels like Raddison in Kausambi.”

A press release said keeping in view the Government’s emphasis on Swachch Bharat, Viega Group has been focusing on it and as it’s Manager Marketing, Amar Kirale said, “We at Viega believe every Indian should get pure and hygienic drinking water. Viega has pioneered press technology which ensures pipe connections are safe and secure so that your family gets pure hygienic drinking water sans contamination.”

Yogesh Mudras of UBM India, which organized the fair, said, “Modernise kitchen market is forecast to grow at a CAGR of 42.93 per cent by 2018, both segments have witnessed a shift from utility to luxury and it is estimated to grow 86 per cent constantly between 2013 to 2018.”

Smart cities list is out, UP gets the maximum