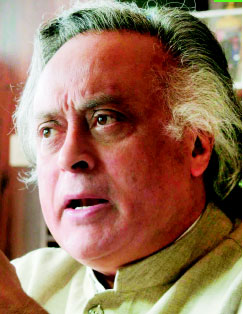 The issue of land acquisition across the country has never failed to touch a raw nerve. The difficulties, apart from land being a limited resource, included an antiquated law framed by the British colonial power in 1894. This has necessitated efforts to craft new legislations. The latest effort, which promises to kick as much dust as ever before when it comes to land legislations, is being spearheaded by Union minister for rural development Jairam Ramesh. The result is a Bill which has already been passed by Parliament and is up for presidential assent. The present avatar of the Bill provides for the setting up of a Land Acquisition and Rehabilitation and Resettlement Authority which will ensure that farmers and landowners are paid up to four times the market value for land acquired in rural areas, and two times the market value in the urban areas. The provisions also mandate that the consent of 80 per cent of the farmers and landowners is needed for acquiring land for private projects and of the 70 per cent for public-private projects.
In an exclusive interview with Palash Roy, Editor, Realty & More, Rural Development Minister Jairam Ramesh, reflecting on the changing times says the future should be more about land buys and land leases and not just land acquisition.

Decisions can only be appealed against in the High Courts. It shall be the responsibility of the government that is carrying out any acquisition to establish this LARR Authority as soon as the Act comes into effect. 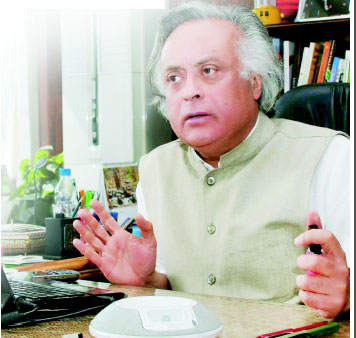 be very prohibitive in the case of large projects which genuinely do need to acquire land. We have found, after looking at large and ultra-large scale projects where acquisition has been required, that the revised compensation forms a very small percentage of the project cost. It is also our
objective to encourage people to purchase land rather than acquire it.

PR: But how will circle rate be calculated in rural areas?
JR: Circle rate is not a concept that has been created under this new law. Circle rates are the standard rates that are found in revenue records. They are under reported by some individuals to avoid paying taxes on a larger amount. This law seeks to address that shortcoming by using either the circle rate or the highest sales price in that area and then multiplying it to arrive at a sum that is in the best interests of the person who is losing his or her land.

PR: Land owners may not have much to say after all. Clause 63 prevents them from contesting state decisions.
JR: This is incorrect. What that clause seeks to say is that the decision of the administrative authority is final vis-à-vis other officers above him. This has been done to prevent state governments from instituting long chains of bureaucratic command that a person would have to go through before receiving his or her award. Judicial remedies have been provided to challenge this decision within the Act itself including an appeal to the High Courts.

PR: Don’t you think rehabilitation and resettlement of the tribal communities is still a grey area that remains to be resolved?
JR: This law marks a landmark step in the development of tribal rights. We have been especially mindful of the deprivations faced by our
brothers and sisters belonging to the tribal communities. To address this, we have included a special chapter which outlines additional benefits
and safeguards whenever tribal families are displaced. In addition to this, we have also mandated that the consent of gram sabhas in Schedule V areas of the Constitution be taken before any acquisition is carried out.

PR: Developers say the worst-hit could be low-cost and budget housing projects. The idea of low cost housing was to get cheap land. If land prices shoot up, so will the prices of the finished product.
JR: This would only be true if acquisition was the only means of procuring land in this country. Developers are still free to go and purchase the
land if they so desire. In fact, we want to discourage people from viewing acquisition as their primary option. More equitable (and less
displacing) options such as private purchase or leasing land should become the norm.

PR: The Bill talks of an urgency clause which, when simplified, means the government can acquire land ignoring all pre-conditions set for acquisition in the bill. Your take on that..?
JR: One of the most far reaching features under this new law is the revised urgency clause. This was the most abused clause under the old Act. Being completely mindful of this we have narrowed the scope of the new urgency clause to just two situations: natural calamities and national
defence. There is no other situation in which it can be invoked. 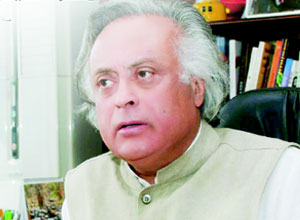 Union rural development minister Jairam Ramesh, 59, is a development economist of pedigree. After graduating as an engineer from IIT-Bombay, he went on to do his Masters in Public Policy and Public Management from Carnegie Mellon University’s Heinz College after which
Ramesh went on to study technology policy, economics, engineering, and management at the Massachusetts Institute of Technology.
Ramesh, representing Andhra Pradesh in the Rajya Sabha since 2004, is widely acknowledged as the brain behind the new
land acquisition bill. Recently, he is reported to have remarked that he changed his mind thrice over the implementation of the Bill before deciding to bring it to the public forum. Earlier, the minister had credited the Bill to Congress vice-president Rahul Gandhi, which is widely viewed by the opposition parties as a Congress election ploy.
Ramesh is making an all-out effort to make the law stringent for wrong doers while seeking to address the core concerns of consent,  compensation,  rehabilitation and resettlement, and the process and procedure thereby formed under the new law. Earlier, the misuse of
the 1894 Act had led to the spread of leftwing extremism. It is expected that while the financial cost of acquisition would go up due to the new Bill, the social cost of acquisition would come down. Seeking to alter crucial perceptions, Ramesh says with the cost of land being only a small fraction of the total project cost, just about 1-4 per cent of the total project cost, the proposed law if properly implemented has the potential to defeat the scourge of the Maoist movement which plagues huge tribal-dominated tracts across central India.

“If this land acquisition law is properly implemented, it will defeat Naxalism. The 1894 Land Acquisition Act had a very important play in encouraging the Maoist activities. With a humane, sensitive and responsible land acquisition policy, a lot of the problems relating to Naxalism would go.” The new Bill seeks to replace a 1894 Act, and thereby to strike a balance by providing fair compensation for the land acquired from farmers for industrial projects, but industry representatives fear the law will escalate land costs, hurting sectors like manufacturing. While rejecting industry’s concerns over the new Bill.