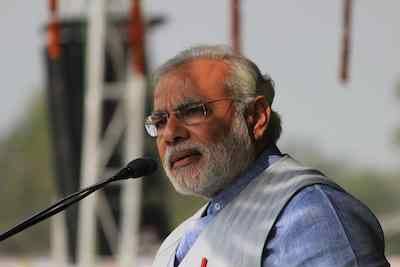 Prime Minister Narendra Modi on Sunday announced that the Government will not renew the controversial land acquisition ordinance that lapses on Monday and declared its readiness to incorporate any suggestions in the Bill pending before Parliament, according to the media reports.

“We had issued an ordinance which lapses today. I have decided, let it lapse. We will not renew it,” Modi said in his ‘Mann ki Baat’ radio broadcast on Sunday.

Modi further added “It will mean the situation will once again be as it was before my Government came.”

Modi said the Government moved to amend the 2013 law enacted by the UPA after a request from states and it was aimed at getting rid of the maze of bureaucratic rules and regulations, and benefit farmers and villagers. “The proposal came from the states. Everyone felt if the farmer has to benefit, if we have to build canals to take water to farms, erect poles to take electricity to villages, make roads or houses for rural poor, we will have to get the law out of the bureaucratic tangles and so the proposal of changing the law came,” the PM said.

He slammed opponents of the BJP’s land Bill saying false propaganda was unleashed against the Government. “But so many rumours have been spread. Farmers have been scared. My farmer brothers and sisters, don’t be scared. For me, every voice in the nation is important and the voice of farmers has a special place. There is no reason for doubt, do not be scared,” Modi said.

Responding to allegations of a U-turn, the PM said he had always maintained that he was open to suggestions.

Modi said the ordinance will lapse but benefits of higher compensation under the Right to Fair Compensation and Transparency in Land Acquisition, Rehabilitation and Resettlement Act, 2013 will be extended to 13 other laws. These laws include Land Acquisition (Mines) Act, 1885, the Metro Railways (Construction of Works) Act, 1978, and the National Highways Act, 1956 among others.

The rules would be changed to give farmers higher benefit under these laws. “The Government’s heart is clear on the land Act. We are ready to accept any recommendation that favours farmers,” he added.

HDFC Bank slashes base rate by 0.35 per cent