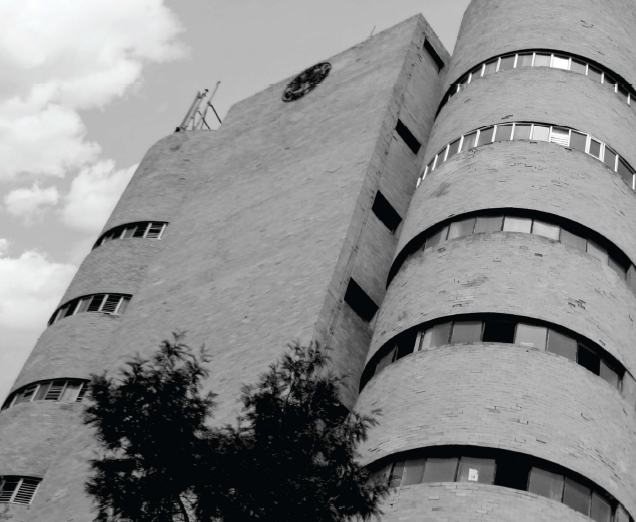 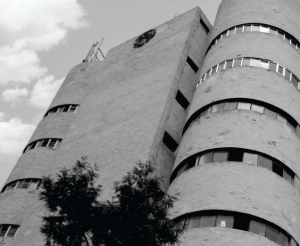 The UD Ministry’s approval to the Land Pooling Policy notified by the Delhi Development Authority has enlivened the realty scenario in the national Capital. While developers are excited at the prospects of increased development activity in Delhi, homebuyers are hopeful of grabbing a pie in the increased housing supply. With the Centre’s amendments taking good care of EWS housing, small farmers’ interests and cutting delays, the policy is set to be a win-win once its operationalised two months from now.

The national Capital is opening its doors to home seekers years after keeping them shut. A colossal supply of about 25 lakh housing units is expected to surface in Delhi with the Ministry of Urban Development on May 26 approving the regulations for operationalisation of DDA ambitious Land Pooling Policy.

The policy, envisaging public private- partnership in land assembly and development in the national Capital, was approved by the nodal agency way back in July 2013.The ministry go-ahead comes a year and a half later with five amendments that aim to ensure timely completion of real estate projects with all necessary infrastructure. Post-the Central nod, the DDA announcement of implementing the policy within the next two months has sent the entire developer community as well as homebuyers into raptures.

Understandably so, as the decision is going to hugely impact the real estate scenario in Delhi and the National Capital Region. According to DDA’s own admission, land acquisition and planned development in the Capital has not kept pace with the increasing demands of urbanisation during the last five decades. With the result, there has been virtual saturation in supply and massive escalation in housing prices in the Capital forcing people to look beyond.

The massive development activity taking place in Noida, Greater Noida and Gurgaon during the past few years is testimony to that.

To spur the housing activity in Delhi without getting mired into the cumbersome land acquisition process, the DDA on September 5, 2013 came up with the Land Pooling Policy as part of the Master Plan Delhi-2021. Under the policy, the land parcels owned by individuals or group of owners are legally consolidated by transfer of ownership rights to the designated Land Pooling

Policy, which later transfers the ownership of the part of land back to the land owners for undertaking development for such areas. The policy is applicable in the proposed urbanisable areas of the Urban Extensions for which Zonal Plans have been approved.

As regards the EWS category housing, in case a developer constructs 100 housing units on a piece of land that has been redeveloped and returned to him by the DDA, he will be under obligation to provide 15 units for EWS category housing. Of this, 7.5 per cent will be given to the DDA while the remaining will be retained by the developer. EWS housing will be constructed as a separate block.

DDA Vice-Chairman Balvinder Kumar was quoted in the media as saying, “The policy will help harness private potential and address the issue of housing for the lower strata of society, thereby moving towards the smart-city concept and making the city self-sustainable”. 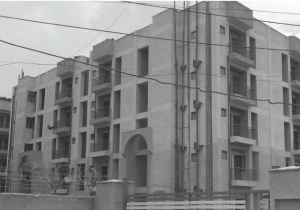 Besides, farmers who are willing to participate in land pooling but are unable to pay the EDC will be allowed to give up a part of the returnable residential land. In such cases, they will get 35 per cent of the returnable residential land instead of 43 per cent. This option shall be exercised at the time of submission of applications for participation in land pooling.

The DDA will also devise a computerised system for prioritising applications received for allocation of plots of returnable land. This will be based on a computerised algorithm on the basis of month-wise grouping to ensure transparency. So, as everything seems planned to perfection from various angles, is it time now for celebration? Not yet, warn experts who foresee several hurdles in the implementation of the policy. The most important of these is the declaration of converting 89 revenue villages into urban villages. The South Delhi Municipal Corporation had reportedly passed a resolution to this effect and sent it to Delhi Government, which is still sitting over it. The North Delhi Municipal Corporation’s resolution was sent with some restrictions and got rejected by the Government. The civic body has been asked to remove the restrictions and send a fresh resolution.

The other major hurdle in the offing is the declaration of the whole area of 20,000 hectares as a development area, which is to be done by the Land and Buildings Department of the Delhi Government. Keeping in mind the recent acrimony between the Delhi Government and the Centre and the profarmer stand of the Kejriwal Government dispensation in general, experts say it would be no hurry to approve the resolution. The DDA Vice Chairman, however, dismisses these fears and is hopeful of the two declarations being finalised in a month’s time.

Notwithstanding the timing of its implementation, there is no doubt in any quarter about the win-win proposition that the new Land Pooling Policy will be for each stakeholder of the real estate sector in the national Capital. The euphoric response of the private developers to this game-changing move by DDA only strengthens this viewpoint.

In his reaction, RK Arora, Chairman of Supertech Ltd, said, “The policy will help make available more land for housing, thereby bringing down the exorbitantly higher land price prevailing in Delhi. It will also provide land for affordable and low-budget housing, giving relief to the acute housing shortage in Delhi.” His only fear was: “Since most of the land coming under this policy is in remote areas where infrastructure development will take time, the results of the policy cannot be expected in short term.”

Welcoming the policy, Pradeep Jain, Chairman of Parsvnath Group, said, “It will open up a floodgate to develop around 25,000 hectares of land in Delhi itself. This will facilitate affordable housing development in Delhi which was erstwhile unimaginable. As the cost of land has gone so high, it has pushed affordable realty markets to the peripherals of NCR. This move will reverse the scenario and help buyers with affordable options in Delhi.

However, he said, the execution challenges would remain till the Government does not form a single- window clearance mechanism to grant approval of layouts and development licences. Also, he said, there is no clarity on reduction/exemption of stamp duty for developers who surrender their land to DDA. Jain told Realty & More, “Though it is a much desirable development as far as consumers are concerned, the Government needs to fix the issues to make it lucrative for developers as well.”

Prateek Group Chairman Prashant Tiwari said, “The option of having a house within the city is now open to buyers.” He told Realty & More, “As developers, we would be eagerly waiting for the policy to take shape and turn out the way it is planned. The effects on the real estate market of Delhi will be very clearly visible once this activity starts”.

Sanjay Rastogi, Director, Saviour Builder, told Realty & More, “We welcome the much-awaited step by DDA as it will rewrite the real estate scenario in Delhi. Let us wait for the timely implementation of the policy to get the desired results.” In Rastogi’s view, a gush of fresh supply is expected to hit the property market of Delhi in coming years. He added, “With more supply coming in, property prices will definitely come down in the national Capital.”

In PropTiger.com CEO Dhruv Agarwala’s view, Delhi has an acute need for affordable homes and by allowing DDA to develop infrastructure on the outskirts of Delhi, the land pooling policy would open up nearly 20,00025,000 hectares of land for real estate development. “This would increase the supply of residential property, lowering home prices in the long run. If this materialises, it would be one of the best things that ever happened to make affordable housing a reality in Delhi,” he told Realty & More.

Prithvi Raj Kasana, MD of Morpheus Group, told us the land pooling policy “will not only help the Delhi Development Authority (DDA) in getting private sector as its facilitator in the consolidation and development of land but will also give a boost to the affordable housing in the national Capital” 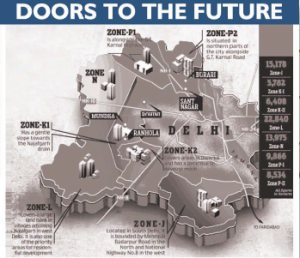 Overall, he said, the move will improve the infrastructure and housing supply of the region. Appreciating the DDA’ move, Rupesh Gupta, Director, JM Housing, said it was coherent with the Government’s scheme of ‘Housing for all by 2022’. Gupta told Realty & More, “If things are taken up and accomplished in an efficient manner it would bring fresh housing supply in Delhi and its peripheries. This can positively flourish the affordable housing for the Capital and its residents.”

Welcoming the DDA’s “ambitious” land pooling policy, Manish Agarwal, MD of Satya Group, said, “In line with the Central Government’s commitment of providing ‘Housing For All’, it’s a highly commendable step in the right direction. DDA’s land pooling policy has also paved the way for sustainable infrastructure development in the national Capital.”

Praveen Tyagi, CMD of real estate developer Wlp, said the execution of land pooling policy will result in availability of more land which could be used for building up more residential abodes. “Delhi has reached a point of saturation in terms of housing supply and property prices are touching the sky,” he told Realty & More. “This policy will help in providing land for affordable and low budget housing giving relief to lakhs of people and fulfilling their housing needs,” he said.

According to Gaurav Gupta, spokesperson of Credai Raj Nagar Extension, “This is a welcome step as it will bring in more homes in Delhi and will further the development required in the Capital.” Gupta added, “If done as planned, it will open up an option for the developers eagerly waiting to dole out houses in Delhi and buyers will also lap up the opportunity as they will get the desired house in one of the most preferred cities.”

Arjunpreet Singh Sahni, ED, Solitairian Group, told Realty & More, “We expect DDA’s land pooling policy will provide huge relief to the affordable home seekers in the national Capital. The highly innovative policy is a win-win for both the buyers as well as the farmers.” Virtually summing up the developer community’s viewpoint, Vijay Gupta, CMD of Orris Infrastructures, said the DDA’s land pooling policy is the “perfect answer” to the burgeoning housing demand in the national Capital. “With the approval of this policy, the national Capital is here to witness mega housing projects to be developed over the vast tract of land that is expected to be unlocked for housing and infrastructure development through land pooling,” he told Realty & More.