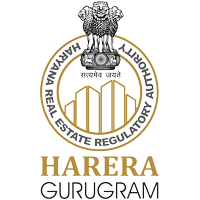 In a first of its kind order in the country under RERA, Haryana Real Estate Regulatory Authority, Gurugram has issued stringent directions to two builders M/s Orris Infrastructure Pvt Ltd and Three-C Shelters Pvt Ltd for inordinate delay in delivery of the Greenopolis Project in Sector – 89, Gurugram (Haryana). The project was supposed to have been completed by December-2015 and apartments delivered to buyers thereof.

On a complaint made by the Greenopolis Buyers Welfare Association, HARERA, Gurugram on July 23rd -2018 passed the landmark Order directing both Developers –

The project which was started around 2011 on a total area of 47.2 acres comprising of 38 Towers with approx 2500 apartments. In the initial launch, developers launched 29 Towers over 37 acres of land comprising approx 1862 apartments. The completed apartments were to be handed over in three phases. The remaining 9 Towers on the remaining 10 acres land were to be constructed as per the approved Building plan in subsequent phases. Developers collected over INR 1,100 Crores from around 1800 Buyers. The buyers had paid 90% of the sale price, however, the project went into oblivion for past few years forcing buyers to approach HARERA.

‘It’s a first of its kind Order under RERA in the country. We are very glad that HARERA has accepted our plea for stay and due diligence. It is also the first step towards a solution, as substantial value subsists in the project and balance land which can be leveraged for completion of the project. It probably would be for the first time any of the RERA Authorities in the country is trying to address the plight of home buyers in a stuck project in a comprehensive manner. We wholeheartedly thank Dr. Khandelwal, Chairman HARERA and other Members for such visionary and solution-oriented Order’.

This provides a ray of hope to the buyers as they have been waiting for three long years for their apartment.