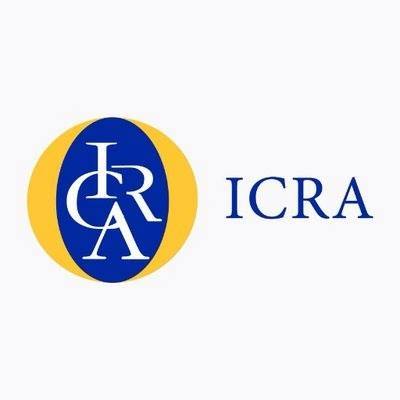 The residential realty sector has recorded one of its best quarters in Q4 FY2021, with sales across the top eight cities nearing 85 million square feet (msf), reflecting amongst the highest level of sales over the last 20 quarters, according to a report by ICRA released on June 7.

Many listed players also recorded high performance levels, with key players such as Brigade Enterprises and Godrej Properties declaring all-time high residential sales and collections during the quarter, said the report. This comes after the sector witnessed one of the worst demand crashes in recorded history during Q1 FY2021, triggered by COVID-19.

As against the Q4 FY2021 record, the pan-India quarterly average sale in FY2019 and FY2020 stood at 84 msf and 81.5 msf, respectively. While policy roll-outs in the form of RERA and GST, together with developer focus on deliveries, had started supporting demand from FY2019 onwards, the onset of the liquidity crisis impacted sales in FY2020, and Covid-19 served as a double whammy thereafter. However, recovery post the first wave was quick, with the increased importance of home-ownership after the start of the pandemic serving as a fundamental growth driver, given the extended period of work-from-home and consequent requirement for bigger/better housing.

Throwing more light on the trend and outlook, Mahi Agarwal, Sector Head and Assistant Vice-President at ICRA, said: “Potential homebuyers, fence-sitters and home-renters increasingly took the plunge towards home-ownership, with the improvement in affordability over the past year further supporting their decision. The low home-loan rates, together with attractive discounts/payment schemes, resulted in improved affordability.

Stamp duty reductions in Maharashtra and Karnataka (for units priced up to Rs. 35 lakh) also stimulated house purchases. Now however, the second wave of the pandemic is impacting housing sales levels once again. While the essential underlying growth drivers have been reinforced by this wave, thereby supporting the likelihood of a quick recovery once the initial impact tapers off, continuation/extension of support measures such as interest rate and stamp duty reductions would remain key to reinstating the high recovery momentum in a timely manner.”

In terms of demand, as per market reports, housing sales have declined by around 40-50% in April 2021, relative to pre-COVID monthly averages, thereby de-railing the strong demand recovery witnessed post the first wave. Some of the key demand drivers that supported the recovery in H2 FY2021 remain in place, including low home loan rates and income tax sops, particularly for affordable housing, and these are expected to support recovery going forward. However, the stamp duty reduction effected in the state of Maharashtra has now expired. This reduction had bumped up sales in key cities like Mumbai and Pune during August 2020 – March 2021. Other cities, such as Hyderabad and Chennai also recorded a fast pace of recovery, on the back of continued commercial real estate activity, which, in turn, supported residential demand, and high proportion of lower-ticket-size housing. Reinstatement of stamp duty measures in Maharashtra, extension of the same by other states, and developer focus on right-pricing and inventory liquidation would support a quicker recovery in sales once the initial impact of the second wave recedes, given that the fundamental demand driver relating to the importance of owned housing has been further strengthened now.

The supply-side will also need more support, especially for the smaller developers, who make up around 80% of the market. Developers will need adequate liquidity and/or refinancing flexibility to tide over the disruption in cash flows and meet debt obligations, at least till demand recovers. During the first wave, the moratorium on debt servicing had aided in conservation of liquidity, particularly for those developers with maturing debt obligations. Extension on RERA timelines by six-nine months provided additional flexibility to defer outflows in case of weakness in collections. Certain states also reduced approval costs/construction premiums etc. for developers for a limited period. However, no such measures have been extended post the onset of the second wave, thereby creating an increasingly challenging operating and financing environment for developers.

While the larger, organized players have maintained considerable liquidity buffers, and have low levels of leverage, together with high financial flexibility, smaller players would find it difficult to cope with the prevailing market conditions. Moreover, the larger developers also were better equipped to manage issues relating to labour availability through the provision of onsite labour camps, organization of vaccination drives for the workers, etc., whereas smaller developers faced issued pertaining to reverse migration and overall labour availability.

Concluded Agarwal: “While fundamental demand-drivers have strengthened, continued/further support measures, both on the demand and the supply side, would serve as key enablers towards a timely recovery in the residential realty industry. However, in line with ICRA’s earlier expectations, the recovery would not be uniform, and would instead take the form of a K-shaped recovery, with large listed players recovering at a much better pace than smaller, unorganized players. In the absence of additional measures though, the recovery period may get elongated, thereby placing higher stress on developer cash flows, especially for the smaller ones who have built-up unsustainable debt levels on account of slow-moving inventory or high investment in land assets.”