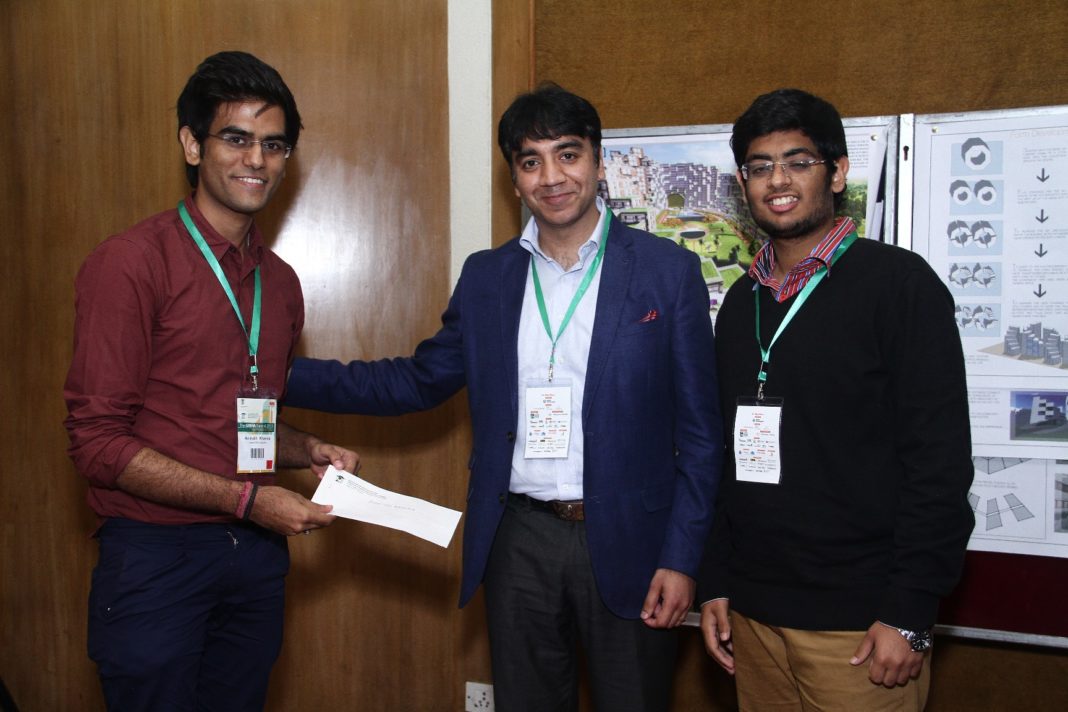 The trophy is awarded by GRIHA Council under the aegis of The Energy and Resources Institute (TERI) and the Ministry of New and Renewable Energy, in partnership with the National Association of Students of Architecture (NASA).

In its effort to bridge the gap between the theory and practice of architecture for sustainable buildings, Lotus Greens had shared a brief for developing 50,000 sq. m. of group housing on its land parcel in Sector 150, Noida. This is the first time that a live project was given to students with the challenge to understand the ground realities and present sustainable and implementable solutions.

The contest saw representation of over 35 colleges of design and architecture, out of which 12 entries were shortlisted by an eminent jury before deciding on the final three winning entries. The winning entries were presented by the students at the prestigious GRIHA Summit held between March 12 and 14 at the India Habitat Centre, New Delhi.

The faculty of architecture and ekistics, Jamia Millia Islamia, Delhi won the first prize, followed by Gateway College of Architecture, Sonepat as the first runner-up. Aalim Muhammed Salegh Academy of Architecture, Chennai, emerged as the second runner-up while a special jury recommendation went out for NIT, Calicut.

Due diligence vital for purchase of property