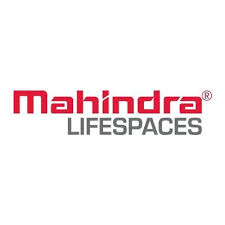 The real estate and infrastructure development arm of the Mahindra Group, Mahindra Lifespace Developers, has a consolidated total income of Rs. 188 crores in the first quarter of FY16. Consolidated PAT (Profit After Tax) for Q1 FY16, stood at Rs. 25 crores in Q1 FY16.
Commenting on the performance, Anita Arjundas, Managing Director & CEO, Mahindra Lifespace Developers Ltd., said, “The first quarter has seen many strategic initiatives achieving fruition. Our entry into the Bengaluru residential market, the announcement of our joint venture in the World City business with Sumitomo Corporation and the establishment of our first international office in Dubai are all important aspects of our growth strategy.”

According to a company release during the period, Mahindra Lifespaces entered the Bengaluru market with the launch of Windchimes Phase I at Bannerghatta Road. The company also opened its first International sales office in Dubai in Q1 FY16