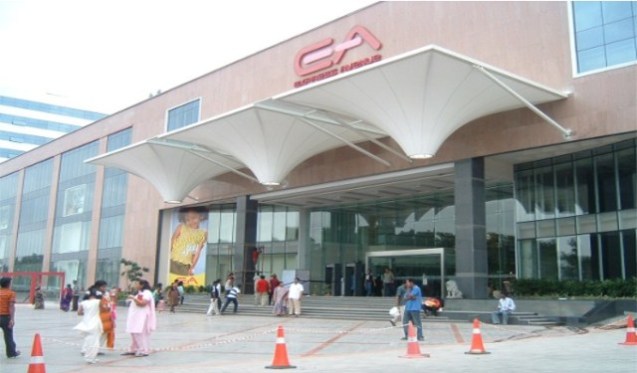 Today, a city’s real estate success formula depends on quite a few other industries than just housing. Housing demand is a natural by-product of the success of businesses and industries that drive consumption and create jobs. Chennai’s strengths as an automobile hub have already earned it the tag of ‘the Detroit of the East, but it has also emerged as one of the leading IT/ITeS destinations of the country.

Both these industries drive job growth, which in turn drives housing demand, but there are at least two other industries that share a deep symbiotic relationship with Chennai’s overall real estate viability – the organized retail and warehousing & logistics sectors.

Economic downturn or no economic downturn, Indians love to shop. Some consumer items like cosmetics (the fabled ‘lipstick effect’), fast fashion and electronics like smartphones are actually beating the current trends, with the growth figures in these industries still firmly in the green. Malls are the best places to shop for these – and to enjoy a few hours in clean, air-conditioned and visually appealing environs.

Contrary to doomsayers’ predictions when the Indian e-commerce boom began revving up in earnest, malls are still very much the pièce de résistance of the Indian retail industry. South India has not been left behind, with the main Southern cities displaying bracing growth of the organized retail sector.

As per ANAROCK research, the top 7 cities in India currently have 105 operational malls sprawling over 50 mn sq. ft area, of which Chennai has 10 malls spanning over 5.9 mn sq. ft. area. Organized retail activity in Chennai may not have caught up with Bangalore’s pace as yet, but it is picking up. In fact, at least 10 new malls covering over 5.45 mn sq. ft. area are slated to come up in Chennai by 2022-end.

Chennai Mall Trends: The prominent areas in Chennai that will see new supply of malls include OMR, Anna Nagar, Perambur, Saligramam and Navallur. Average monthly rentals in the city hover anywhere between INR 70 – 150 per sq. ft. Mall vacancy levels in Chennai are more or less on par with Hyderabad at 14%, but higher than in Bengaluru (where mall vacancy currently clocks in at 10%.)

Unlike in some other major cities in India (MMR and Bengaluru come to mind) easy accessibility and connectivity drive footfalls in Chennai’s malls. The city’s top-performing malls essentially lie in prime locations and are easily accessible by both public and private transport.

In fact, their easy accessibility is one of the USPs for Chennai’s shopping malls and mall developers recognize this critical factor as integral to the success of their establishments. For instance, malls in and around Anna Nagar – which is well-connected via metro – such as Forum Vijaya Mall and VR Chennai are seeing excellent footfalls, with the average footfalls in Forum Vijaya Mall averaging at least 1,500 even on weekdays.

Chennai is a leisure-loving city, so the fact that mixed-use elements by way of entertainment options are de rigueur in the city’s malls is another important footfall driver.

South Chennai – the Shopping Hub: As is seen in most large cities, Chennai’s Southern precinct draws the aces when it comes to attracting the cream of real estate developments. Several malls are either already operational or coming up in South Chennai, which is largely inhabited by the city’s IT/ITeS professionals. At least three new malls are coming up in the OMR belt over the next three years while malls like Grand Square, Phoenix Marketcity, Palladium are already operational.

Today, no city’s retail success story is complete without mentioning the support its shopping malls, as well as the e-commerce industry, receive from warehousing and logistics. These are the lifeline for all retail growth anywhere in the world – without efficient storage and rapid movement of consumer goods, the retail sector cannot hope to thrive. Interestingly, the city’s warehousing and logistics sector predate its mall boom, for good reasons.

W & L Demand Drivers: Chennai has historically been one of India’s most prominent hubs for trade and commerce. This caused it to evolve into one of the key manufacturing hubs, particularly for automobiles. Besides having major connectivity via roadways, Chennai is also a very active port city. Warehousing and logistics have, therefore, always existed here in some form or the other.

The city’s eminently strong IT/ITeS sector drove its rapid evolution of tech-enabled warehousing solutions, and simultaneously its emergence as one of India’s most prominent e-commerce hubs. Today, there are several clusters including Sriperumbudur-Oragadam – located outside the city – that has, over the years, evolved into important warehousing and logistics hubs.

Once again, excellent connectivity is the key driver to this important industry’s success in Chennai. These clusters have easy accessibility via highways, ports, the airport and railway stations. Needless to say, Chennai’s thriving warehousing and logistics industry has also had a significant positive impact on the residential activity in areas in and around these clusters.

In previous years, demand for warehousing in Chennai primarily came from the automobile sector. This changed in 2019 when the demand came mainly from e-commerce, manufacturing, and food processing companies. As we speak, infrastructure upgrades like the proposed Chennai-Maduravoyal port and the accelerated completion of Outer Ring Road are driving up the stakes for Chennai’s warehousing and logistics sector.

JLL India | Article on The reality of real estate financing