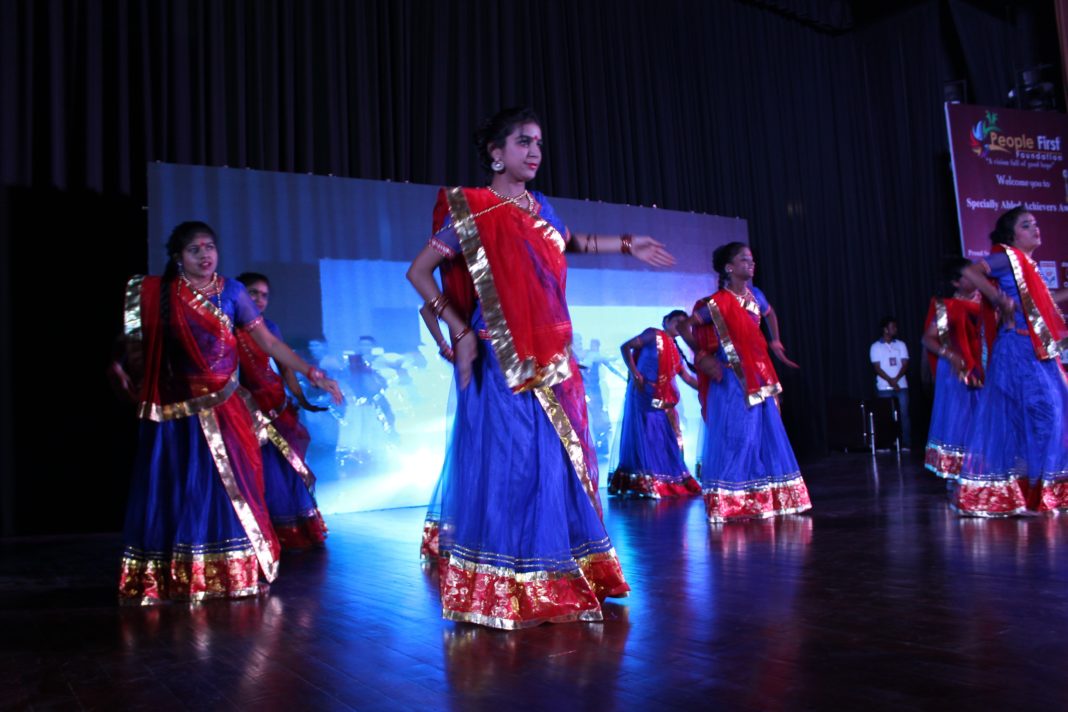 At a recently held award function ‘People First Specially Abled Achievers Award 2015’, organised by people first foundation, Shrey Kadian and Zeenat Ara of Mata Bhagwanti Chadha Niketan (an initiative of The Ponty Chadha Foundation) were felicitated with  ‘Excellence’ award in sports and creative’ category respectively. Held at Ficci auditorium, the event highlighted the achievements of the differently-abled people with an aim to acknowledge their issues and mobilise support for their dignity, rights and well-being.

Shrey Kadian is a student of Mata Bhagwanti Chadha Niketan won ‘bronze’ medal in soft ball competition at the National games and ‘silver’ medal in cricket, while representing India at the ‘Special Olympics Asia Pacific Regional Games 2013-14’ held in Australia. Recently, as a vice captain of the Softball team of India, he won Gold medal at the Special Olympics world games held at Los Angeles in 2015.

Zeenat Ara, has recently published her autobiography, “The Real Fighter: Zeenat Ara”, where she has written of her silent battle against the disease. It provides an insight to her vivacious character. The book is a 118 pager, rudimentary script of acknowledging and appreciating her life. It is her effort to increase awareness of SMA, which is a rare genetic disorder in India.

Speaking on the occasion, Vandana Sharma, Director, Mata Bhagwanti Chadha Niketan said, “Such awards are a great way to encourage the special children and to build their confidence and self-belief. These children are a testament to the fact that they are capable of doing wonders in any field, provided they get our support, empathy and a lot of care and love. We, at all levels should work towards breaking the prevailing attitudinal barriers towards these specially –abled children.”

The press release said the award function was graced with performances by Vinod Thakur, Jay Chhaniyara, Karan Oberoi and a special Kathak dance performance by Tribhuwan Maharaj. The children of Mata Bhagwanti Chadha Niketan too gave group dance performances at the function.