Demand Drivers for Growth of the Indian Steel Sector is the theme for the Twenty Seventh Meeting of the National Steel Consumers’ Council, being held under the Chairmanship of Union Minister for Steel, Chaudhary Birender Singh, at Bengaluru on 29th June, 2018. This is the third such meeting being held during the tenure of the current Government. The earlier two meetings at Mumbai and Bhubaneswar had covered the Western and the Eastern Regions of the country. Steel Consumer Council Meetings are held to understand the sentiments of the market, by having a close interaction with the steel consumers and related associations on various aspects such as supply, availability, quality and market trends.

Though India is on way to emerge as the second largest steel producer in the world, the domestic steel consumption remains at about 68 Kgs per capita, which is much below the global average of 208 kgs. India, as an emerging economy, is on a growth trajectory and is expected to witness significant increase in steel demand, mainly led by investment in infrastructure and growth in automotive sector, and also increased urbanization. The National Steel Policy 2017 projects that India will reach steelmaking capacity 300 MTPA by 2030-31, to meet the expected demand from various drivers. The Ministry of Steel is striving to boost per capita steel consumption by promoting various usages, where steel would definitely be superior to other alternate material, besides various policy interventions such as amendment to GFR. It may also be mentioned here that the implementation of the Policy for Preference to Domestically Manufactured Iron & Steel Products (DMI&SP) in government procurements, is going to increase the consumption of domestic steel.

The meeting is expected to have active discussions, considering that it would be attended by stakeholders such as representatives of various government departments, industry associations, producers and consumers of the iron and steel Industry, industry experts, amongst others. 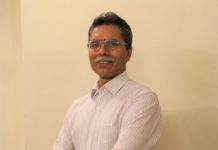 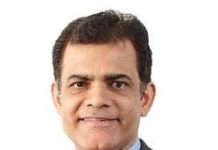 HRIDAY – Resolution to save cultural heritage

RLDA Vice-Chairman Dudeja is ‘Infra Business Leader of the Year’...

RERA becomes the force it was envisioned to be ...