Having given a small breather last month itself, the Reserve Bank of India on Tuesday went on expected lines by keeping the short-term indicative policy rate (repo rate) unchanged at 7.75 per cent in its sixth bi-monthly monetary policy review. It also decided to keep the cash reserve ratio (CRR), the portion of deposits which the banks are required to have in cash with the central bank, unchanged at 4 percent. The statutory liquidity ratio (SLR) has, however, been slashed by 0.5 per cent from 22 per cent to 21.5 per cent. The SLR reduction has been done for the second time within seven months thereby giving the option to banks to lend more.

“Given that there have been no substantial new developments on the disinflationary process or on the fiscal outlook since January 15, it is appropriate for the RBI to await them and maintain the current interest rate stance,” RBI Governor Raghuram Rajan said in his policy statement.

The move elicited diverse reactions from the real estate sector with Sachin Sandhir, Global Managing Director – Emerging Business and MD – South Asia, RICS, finding it “on the expected lines as falling inflation and lowering fuel prices have provided the much needed relief to the economy.” However, Sandhir said rates are expected to lower from this level. “It is expected that the Government will try and lower rates by at least 50 to 100 basis points by the end of the year, he added. On SLR cut, he said, “This would result in banks lowering the home loan rates. As stated by the RBI Governor himself, the move should help banks to increase their lending to more productive sectors such as housing and construction supporting investment and growth.”

The Confederation of Real Estate Developers’ Associations of India (CREDAI), the apex body for private real estate developers in the country, expressed its unhappiness over the status quo on the repo rates. C Shekar Reddy, President, CREDAI- National, said, “Considering the overall economic situation and challenges being faced by the industry, we were hopeful that the RBI would continue the initiative taken in January with a further reduction in policy rates.” The home buyers, he said, are upbeat but “in a wait-and-watch mode due to high prevailing interest rates, a further reduction in rates now would have forced the financial institutions to pass the benefit to the end-user, which in turn would make people take the decision.” Shekar was, however, happy with the SLR reduction, saying, “We are hopeful that with the increased liquidity the banks and financial institution will fund liberally to the real estate sector and pass on the benefits to the end user, which will trigger the demand and increase the off-take of housing.”

Rajesh Goyal, MD of RG Group, however, was not surprised with the RBI move, saying, “The effect on repo rate was gifted to the economy last month itself. Hence, we were anticipating it to be kept unchanged this time.” He added that SLR reduction “is good news for the banks and borrowers as any reduction in SLR allows a greater space for banks to lend more, which is important for liquidity and cash flow in the economy”.

Agreeing with him, Ashok Gupta, CMD, Ajnara India Ltd., said, “A cut in SLR means that the home, car and commercial loan rates might go down as banks will now have higher amount to offer”.

RK Arora, Chairman of Supertech Ltd, said, “The decision to keep repo rate unchanged is indicative of RBI’s determination on achieving sustainable growth in the economy and its control over inflation, leading to a possible strong GDP.” Arora said the real estate sector is optimistic of a reasonable interest rate cut in the near future giving relief to home buyers coupled with tax benefits in the coming annual Budget which would help the real estate sector to come out of the present recessionary trends.”

David Walker, Managing Director, SARE Homes, feels the RBI has played “very cautiously” by just cutting the SLR by 50 bps and not touching key rates. The real estate industry, he said, “welcomes the move, but we hope that the RBI would relax its monetary policies in the near future which can boost sales in the market.” 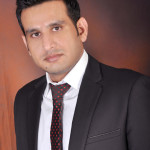 Prithvi Raj Kasana, MD, Morpheus Group, said, “It is important for everybody to understand what the cuts do is that they construct the space for banks to strategies and plan. The most appropriate time to do these changes is when the credit demand is not so solid. Therefore, this is more about long-term planning rather than instant effects and hence, we would not expect any large effects in the market immediately but it will definitely help the market going forward”. 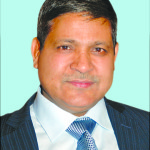 According to Mahipal Singh Raghav, CMD, MMR Group, “A stable Government plays the key role for RBI to work consistently. For the last seven-eight months now, we have been looking at rates been kept unchanged or even decreased. This goes to show that RBI is assertive about the Government and thus, it is taking decisions confidently that are directly benefitting the economy. Raghav said, “Today’s policy decisions were very much anticipated as RBI had already done a surprise cut earlier. This second reduction in SLR inside one year has allowed the banks to free their arms further, thereby increasing lending opportunities for the public and the sector”.

Rupesh Gupta, Director, JM Housing, said, “It is good that RBI is taking a series of positive steps patiently and carefully” and added, “We are expecting RBI to cut rates later this year if inflation and fiscal deficit are controlled.” 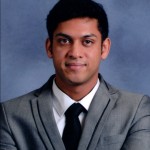 According to Mohit Goel, CEO of Omaxe Ltd, said, “While we expected RBI to initiate another round of cut before the Budget to give fillip to investment and demand, the 50 bps SLR cut at this point in time may not have the kind of impact that will give impetus to the economy and, more so, demand for housing.” Banks, he said, “may be prodded to lend more with this cut but high lending rate is an impediment that has dissuaded borrowers.” Goel concluded by saying, “It’s time the Reserve Bank goes aggressive with rate cuts and impress upon banks to reduce lending rate in equal measure.” 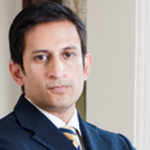 “RBI has slashed SLR by 50 bps, a step that will encourage the bank to open their lending arms to productive sectors on competitive terms so as to support investment and growth. This move will invite investment in infrastructure and flush in liquid money in the market that would lead to overall infrastructure sector, including real estate” said Ravi Saund, COO, JMS Buildtech Ltd 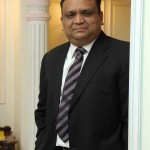 Ajay Aggarwal, MD, Microtek Infrastructures, although disappointed with the RBI decision to keep the repo rate unchanged, found it on expected line. “Like RBI, real estate sector too is eagerly awaiting annual Budget 2015-16 for clarity and support. Post-Budget, the apex bank will have a clear picture on the quantum of support economy will need to come back on growth path,” he said. 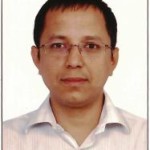 According to Rohit Raj Modi, President, Crdai-NCR, “RBI had faced a lot of criticism till last month for maintaining a highly hawkish monetary stance. Even after last month’s rate cut, RBI’s move was minimal, and industry expected that RBI should have slashed the repo rate, to infuse some positive sentiments in the market. The decision to keep the rates unchanged denotes the long term strategy of RBI. It seems that RBI board wants all the key indicators to be in full control before unleashing pro-growth agenda.”
Modi said, “We are expecting that in the upcoming Union Budget, the Government would announce some more reformatory measures in the form of tax revision to give some ease and cheer to manufacturers and developers for reducing the cost of their product.” 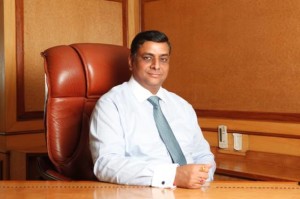 Pradeep Jain, Chairman, Parsvnath Developers said “RBI has played very cautiously by just cutting SLR by 50 bps and not touching key rates. The apex bank was under pressure to release some fund in the market to boost purchase. By cutting SLR, it has subtly allowed banks to lend more without impacting inflation. We must understand that our manufacturing sector, including real estate, is facing a paradoxical situation. On one hand it has a surplus inventory produced at a higher input cost in last six to eight quarters.
“Though we welcome this dovish movement, we expect RBI would relax its monetary policies in near future and would boost sales in the market”, he said. 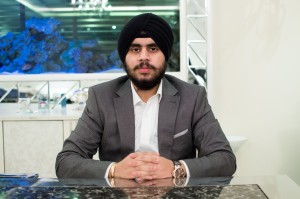 Arjunpreet Singh Sahni, Executive Director, Solitairian Group, said, “A 50 basis points SLR rate cut will provide the banking sector to make more liquidity and funds available for lending, but the ongoing high interest rate is discouraging the borrowers and hence the demand for home loan is slow. Last month when RBI had reduced the repo rate by 25 basis points, all the stakeholders of the sectors were expecting that the reduced repo rate will immediately translate into lower interest rates by banks, but it did not happen. After the SLR rate cut , now the banks have all the favourable conditions to reduce the lending rates and we are hopeful that they will immediately act in this direction to encourage the demand for home loans.”

Post Views: 116
Related Topics:RBIReserve  Bank of  India
Up Next