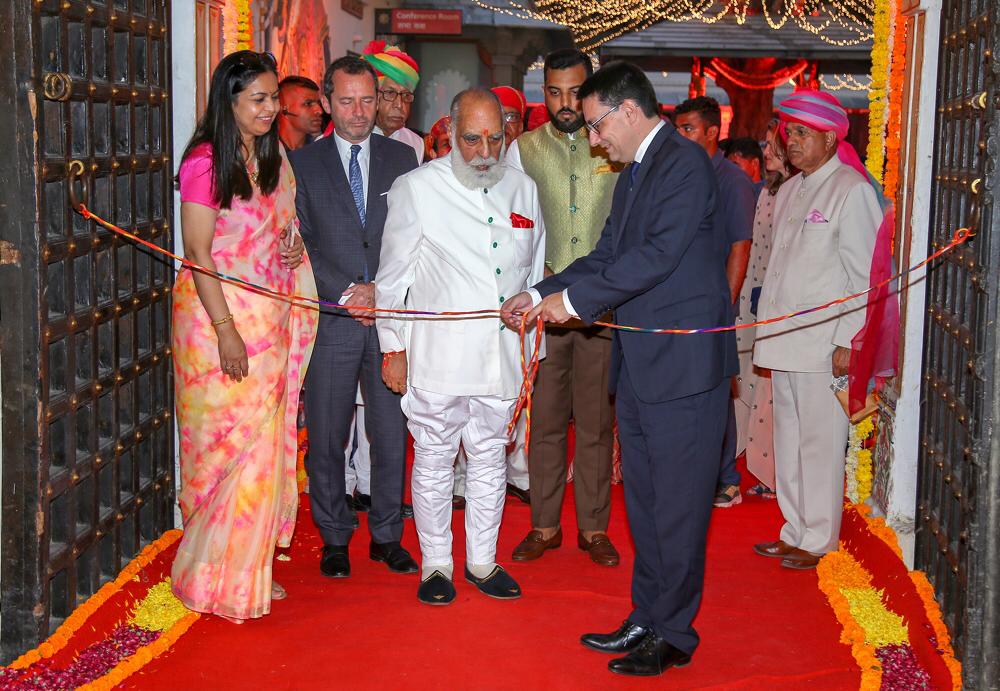 Udaipur, 21st October 2018: Maharana of Mewar Charitable Foundation (MMCF), an initiative of the Custodian of the House of Mewar-Udaipur, successfully concluded the grand celebration of India’s rich cultural diversity at the “4th World Living Heritage Festival” amidst vibrant dances, mesmerising music and incredible exhibition of arts and crafts. The four day festival was inaugurated by H.E The Ambassador of France to India Mr Alexandre Ziegler on October 18th, 2018 at City Palace, Udaipur.

Mr Alexandre Ziegler in his address recalled the association of the French Embassy with the World Living Heritage Festival since 2012 and shared, “The list of UNESCO World Heritage sites in India is growing steadily, noting that heritage preservation and promotion are both assuming greater significance in India. The power of tourism to promote heritage preservation has to be harnessed.” 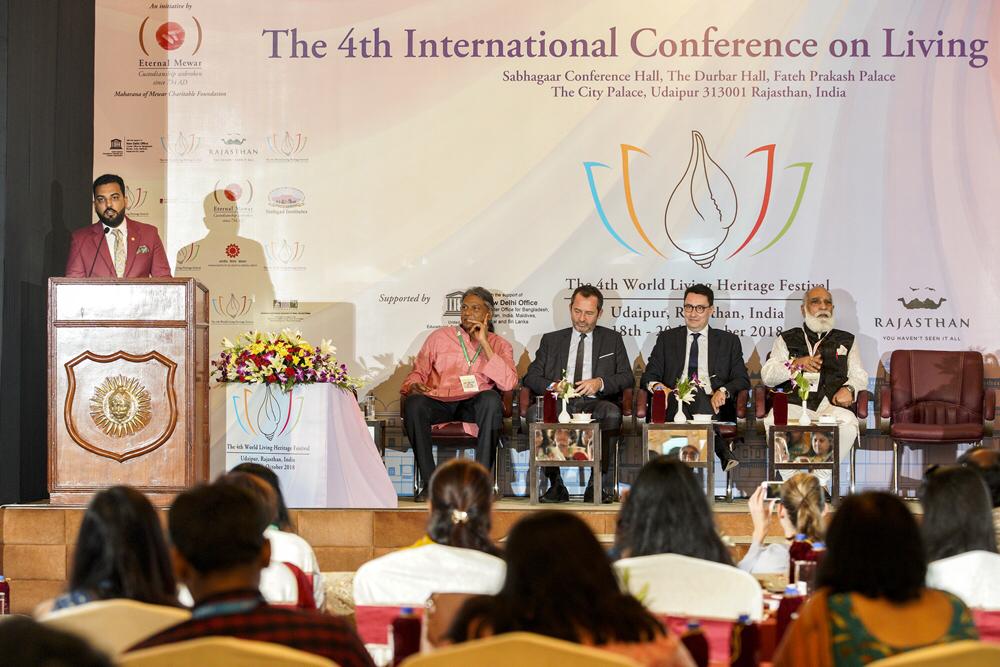 An Initiative of MMCF, World Living Heritage Festival is a forum for knowledge exchange where all artists, experts, and heritage enthusiasts come together to celebrate rich cultural diversity of India and the world. The festival aims to explore the relationship between tangible and intangible heritage through inquiries into association of oral history, rites and rituals with historic spaces, be it temples, monuments, museums or public squares in the cities.

Since its inception in 2012 as a biennial event, organizations such as the United Nations Educational, Scientific and Cultural Organization (UNESCO), International Council on Monuments and Sites (ICOMOS), Embassy of France, DRONAH Foundation have been associated with the festival. The festival also witnessed the International Conference on Living Heritage which began on October 17th, 2018 with the Ashwa Poojan at Manek Chowk, The City Palace, Udaipur.

Speaking at the conference held at the Sabhagaar Conference Hall of the Fateh Prakash Palace Convention Centre, UNESCO Director, Dr Eric Falt said, “Our approach to intangible heritage needs to be innovative. Our targets, in line with key UN Sustainable Development Goals, need to safeguard national and cultural heritage; create jobs through promotion of culture,” he said, emphasizing that new livelihood opportunities had to be created through living heritage promotion for the under-privileged specially the women.

The present Chairman and Managing Trustee of MMCF and the 76th Custodian House of Mewar, Shriji Arvind Singh Mewar commented, “I can say it without a doubt that the concept of Living Heritage today has come of age. It is being widely accepted and talked about. I also take this opportunity to acknowledge the continuous support of UNESCO New Delhi Office since 2012. I am a strong believer in the power of continuity to perpetuate relationships and ideas.”

In his speech, Shriji also referred to the Venice Time Machine project which has been jointly promoted by the Government of France and many other European institutions. It aims at building a multidimensional model of Venice and its evolution covering a period of more than 1000 years. It is being said that the largest-ever database of documents will be created. Shriji said, “With the support of the governments of France and other countries, the city of Udaipur could also offer such a pioneering project. More than 500 years of records are available within our City Palace itself. Once digitized, these records would be invaluable, to say the least, for posterity.”

Discussions and performances at the festival

There were plenary sessions and parallel workshops wherein leading academics interacted with students, activists and craftsmen.

Sounds of music and dance: The legendary Sharma Bandhu (Sharma Brothers) from Ujjain performed under a banyan tree at the early morning concert – Prabhati, The Morning Raga – in the serene and scenic setting of Gulab Bagh, the green heart of Udaipur. Their devotional music recreated the mood of satsangs with the audience swaying and clapping to the homage Sharma Bandhu paid to Goddess Durga, Lord Shiva and Meerabai. Famous Sufi Sensation Nooran Sisters and contemporary India band

Swarathma also performed in the festival.

At the Fatehsagar Pal by the Fatehsagar Lake, dance performances by artistes from the Mudra School of Indian Classical Dance in Ahmedabad held the audience spellbound. Their tribute to Goddess Durga and her incarnations was breathtaking.  ‘Jogiyaar Mahabharata / Bairaath Prasang’ was witnessed by hundreds of music-lovers. The folk musicians, with their sarangis, flute, percussionist instruments and vocals made the evening a truly memorable one.