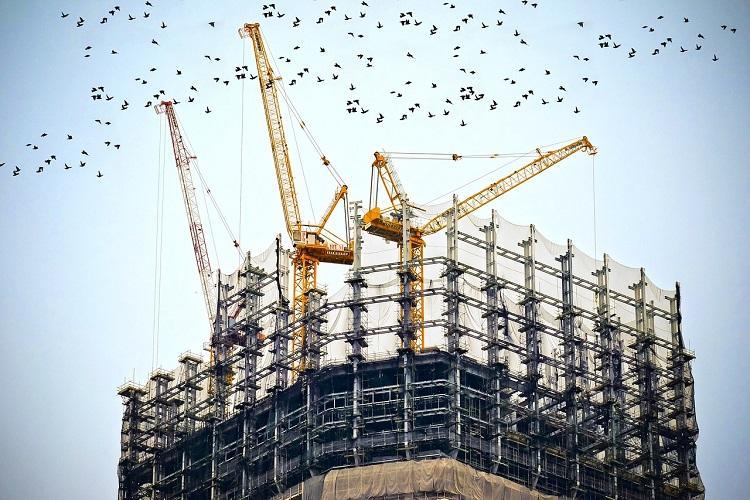 As the real estate sector has been seeing the most volatile environment in the recent past, the sector has been considered as the least trusted one in the Indian stock markets. Whenever the market situations turn uncertain, investors tend to run away from the non-performing stocks of realty firms. Recently, the trend proved the investors’ sentiment on August 16, 2013 when in tandem with the realty stocks hit the most and remained yet another ‘black Friday’ for the Indian stock markets.

On the same day, the Sensex and the Nifty lost the ground by about 4 per cent, while the BSE realty index tumbled by 6 per cent, claiming the second bottom spot in the list of sectoral indices. For instance, the price movement of DLF — the largest realty firm in the sector in terms of market capitalisation — sent the shock wave to its investors with a loss of 8 per cent in a single-day transaction. Realty major Anant Raj crashed by about 12 per cent, while stocks of Unitech and Indiabulls slid by 9.6 per cent each.

As many real estate firms are not able to repay even their pending interest to their respective banks, the debt trap keeps their fingers crossed all the time. Even going by technical charts, I don’t find any realty share that can be recommended for the investors
— Pradip Sureka, a Kolkata-based market analyst

This was not a one day affair. The benchmark Sensex index also fell by 6.3 per cent and Nifty by 7.5 per cent over the last one month. During the period, the realty index showed free fall by losing 13.3 per cent. In the last one month, HDIL stock suffered heavy loss of more than 20 per cent, Sobha Developers tumbled 18.9 per cent, Anant Raj fell by 18.4 per cent and Unitech stock price lost 17.5 per cent.

While Sensex showed 5.3 per cent gain in the last 12 months, the realty sector tumbled by 22.7 per cent during the period. Over the past few years, shares like HDIL, Unitech and Indiabulls drastically ate out the wealth of investors as these shares had been languishing at a multi-year low.
Unitech, which had a meteoric rise in the year 2007 and touched a peak of 546.80 (adjusted price), is currently quoting at 16.45, and recently touched a multi-year low of 14.65. This counter also lost more than 97 per cent of its ground between these years.

Interest rates cycle has just turned bad and one shouldn’t expect big positive returns on the realty shares in next six months to one year as the market may go through a painful phase in the near future
— Ashok Aggarwal, Head of Escorts Securities

With the counting the losses in realty stocks, many questions arise: Why the whole sector is in the mess? Why the investors have lost faith in this sector, though it contributes a lot to the Indian economy and commands the lion share in overall investments.

The answers are simple. Lack of transparency and sub-normal corporate governance are two key factors that have led to mistrust on this sector. Over and above that, excessive leverage resulting in to unbearable interest burden with low sales has become a perfect recipe of self-destruction.

“Many real estate firms are not able to repay even their pending interest to their respective banks”, said Pradip Sureka, a Kolkata-based market analyst, adding that the debt trap keeps their fingers crossed all the time. “The companies which are not able to repay interest will certainly default on their principle amount. Even going by technical charts, I don’t find any realty share that can be recommended for the investors, barring an exception of Godrej Properties,” Sureka said.

With the property prices increasing further month by month, the sector is not able to target their sales and it remains under pressure.

“Although quoted prices of properties are running high, there is hardly any actual sales happening. Had there been a good sale of properties at these prices, the realty companies would have been showing bumper profits. But that’s not happening at all,” Sureka pointed out.

The largest developer of India, DLF, has reported 38 per cent lower profits in the April-June qurter this finacial year. The company’s net profit stood at Rs 181 crore, compared to Rs 293 crore in the same period last year. “Yet, the market was happy on the results, as the street was expecting the profits to be much lower than this!”, Sureka said.

Similarly, Mumbai-based developer HDIL also reported a meagre net profit of Rs 16.24 crore during Q1FY14, down 84.5 per cent from the same quarter last year. Yet, it was better than the January-March 2013, when the company had reported a loss of Rs 279.9 crore. HDIL also has a net debt burden of Rs 3,630 crore.

Experts are of view that realty companies will actually see the change in fortune only when the overall economic environment turns conducive with the targeted GDP growth and moderate interest rates.

“Interest rates cycle has just turned bad and one shouldn’t expect big positive returns on the realty shares in next six months to one year as the market may go through a painful phase in the near future,” , warned Ashok Aggarwal, Head of Escorts Securities.

As of now, this sector, it seems, is at high risk with low returns for the investors. “If any investor has a time-frame of three years, then he can pick some stocks from the realty majors such as Oberoi Realty, Prestige Estates, Shobha Developers, Anant Raj and Godrej Properties, which are showing a little reasonable operating performance in the sector,” he suggested.


Lack of transparency and sub-normal corporate governance are two key factors that have led to mistrust on this sector. Also excessive leverage resulting in to unbearable interest burden with low sales has become a perfect recipe of self-destruction

The state of real estate