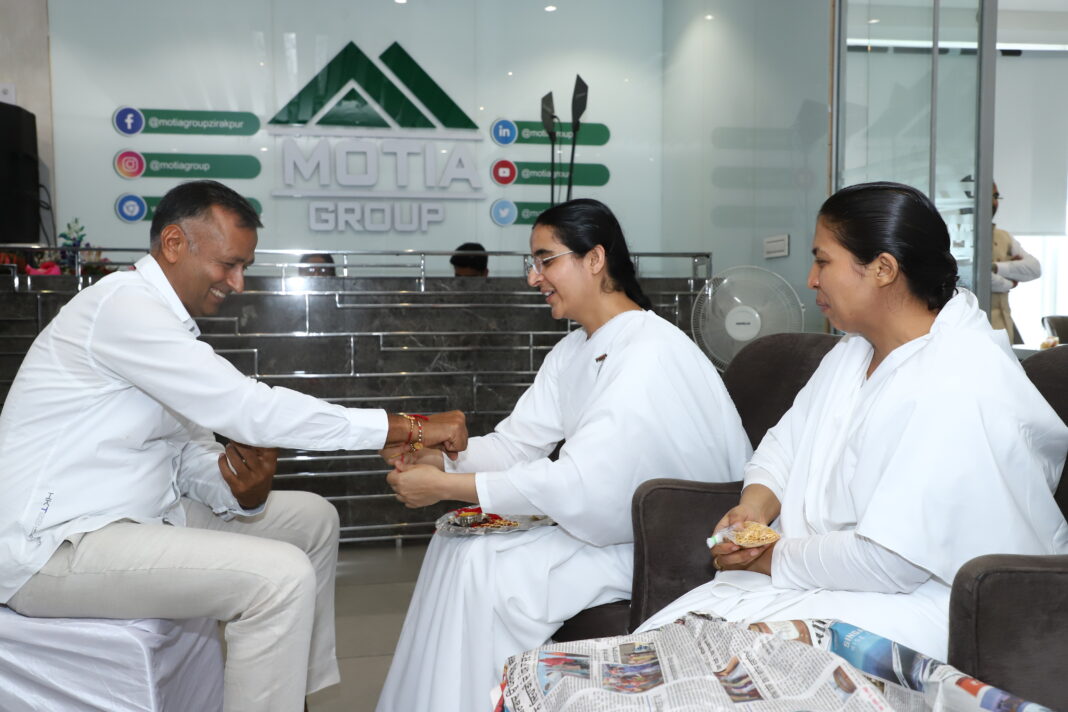 Punjab-based realty company Motia Group threw an opulent Raksha Bandhan celebratory event which saw the company’s employees being tied rakhis by Brahma Kumari sisters at its head office. The celebrations took place at Motia Royal Business Park a day before the Rakhi holiday. The Brahma Kumari sisters visited from Zirakpur, which added nostalgia to everyone’s face as they had also come for celebrations in the past year as well.

The Brahma Kumari sisters tied Rakhis to their brothers. The sisters, at first, tied rakhi to L C Mittal, Director of Motia Group. The Rakhi event was celebrated jubilantly by distributing sweets to everyone, including the poor sections of society.

Extending his wishes on Raksha Bandhan, L.C Mittal, Motia Group, said, “Raksha Bandhan is one of the most beautiful products of our ancient heritage and culture. It strengthens the bond and equations between brothers and sisters and is not just bound by blood relations. It has a strong sense of spiritual love. Raksha Bandhan is celebrated, and a rakhi can be tied by someone to a person who she considers to be a brother and in whom she finds brotherly love and affection. It increases the festival’s significance as it is not limited to laws of consanguinity but carries the message of a pure sibling love shared between people.”