A leasehold property defines the status of the land on which the property is built. Leasehold land on which construction takes place is ordinarily on long-term lease of 99 years onward. Specific to residential property on leasehold land, one may use the example of the MMRDA’s Wadala development plan, wherein the land is given on long-term lease to various developers who can sell the units constructed on an outright basis. The developer ordinarily pays a substantial value for the long-term lease to the lessor upfront.

On completion of the project, the lease is transferred in the name of the society formed. The future of such properties post the lease term is uncertain to the extent of the amount that the lessor demands for renewal, which will need to be paid by the society.

Clarity on this is expected after the legal authorities reach a decision on the Nariman Point buildings, wherein renewal is imminent. A concrete formula is expected with respect to calculating the incremental value required to be paid by the societies for renewal.

PROS
* Relatively cheaper prices, as the land cost to the developer is invariably less than that of buying land outright in a similar location, in other words, a good location at lower cost

* Usually, this arrangement is part of larger, well-planned developments which give provide the comfort of certainty of sound location attributes and properly planned infrastructure to support the development

* Developers are ordinarily bound by certain timeline commitments towards the lessor, ensuring the interests of owners. A good example is the plots at Bandra Kurla Complex

* A plot with clear title, as a thorough due diligence of the title is done and developer credentials are also intricately verified

CONS
* Uncertainty after the lease tenure 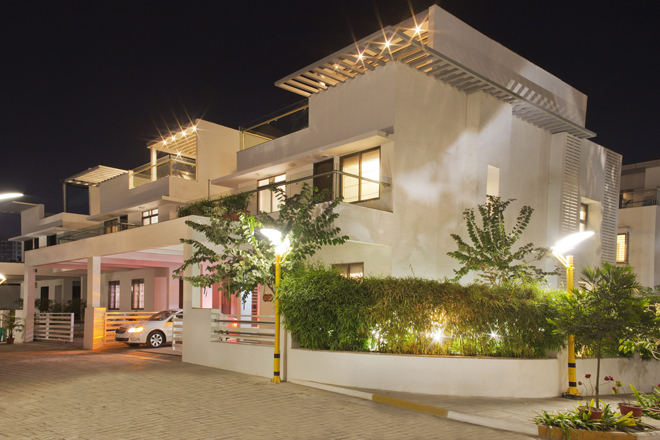 A builder is usually most concerned about costs incurred, so most developers will prefer to build on leasehold property. The land cost is usually lower than that of purchased freehold land, and not all of this cost benefit is passed on to the buyer. Land cost in premium locations is invariably the most significant cost to a builder, so any savings on this front are highly preferable.

In most cases, the builder will have completed all tasks and responsibilities associated with the plot long before renewal is due, and will have already exited the premises. Therefore, he is not concerned whatever transpired after that. It is true that it is harder for him to leverage the land for funds initially, but the leasehold route is still the more preferable one.

Given a choice, and if the budget permits, it is preferable to invest in a freehold alternative, given the better clarity on the future. It is also easier to leverage a freehold property to procure funds in case of future requirements. — (The writer is COO, Business, Jones Lang Lasalle India)

Residential property price correction in Delhi-NCR: A brief look ahead of festive season