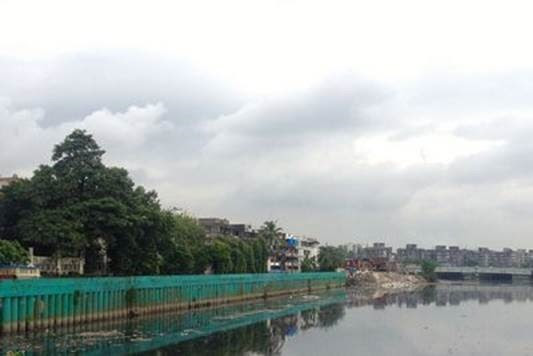 Despite the repeated claims of Mithi River Development and Protection Authority (MRDPA) to make the river risk and stench-free within the next two years, the progress has been far from satisfactory. The river continues to be the sewage disposal stream for Mumbaikars, and the clean-up act – promised to start from June 2018 onward – has yet to see the light of the day.

In what could be called a saving grace, the authorities have been successful in preventing 2005-like floods in the city, or else this laxity in the river clean-up would have been embarrassingly highlighted. The authorities continue to pat themselves on the back for the deepening and widening of the river over the last decade at the cost of a whopping ₹1200 crore, which they claim has helped make the river ‘almost completely safe.’

The fact that it continues to be a toxic cesspool puts a big question mark on the ‘safety’ factor.

Real estate is a major economic driver for any city, particularly a land-starved city like Mumbai. As in the rest of the world, the city’s realty market is driven primarily by economic factors, particularly those related to human productivity. The existence of major workplace hubs in a given location not only attract more office buildings but also drives residential demand in and around these hubs.

However, real estate demand and values in a location are also influenced by a number of qualitative factors pertaining to its overall socioeconomic profile as well as the immediate natural environment which impact people living there.