Mumbai, April 03, 2018: JLL, India’s largest real estate services firm, estimates that over 140 Indian cities can raise development capital through the issuance of Municipal Bonds, in their latest report, titled ‘Municipal Finance: Funding urban development in India’. The report highlights that the Ministry of Housing and Urban Affairs has actioned a Credit Rating System – one of the transformational reforms under which 500 cities and towns have been given credit ratings to ensure investments. The other revenue sources for urban centres are user charges for specific services, taxes and non-tax revenues, grants, loans and other receipts. The report also estimates that as much as INR 25 crore can be raised annually through advertising fees by municipal bodies of metropolitan cities of India.

Advertising fees are trending as a key instrument for revenue augmentation in the urban centres of India. The advertising fee, or revenue collected through the leasing of advertisement rights on assets owned by various government agencies, have the potential to be a game changer in the near future. It is to be noted that many Indian cities are now focusing on developing, planning and expanding this opportunity to assets that present an advertisement fee opportunity including public convenience facilities, lamp posts, public parks an open spaces, and government buildings.

Municipalities / Urban centres up to population of 1 million

Municipal bonds are financial instruments issued by urban local bodies to raise money for specific infrastructure projects. SEBI regulations (2015) regarding municipal bonds states that municipalities must: (i) not have negative net worth in any of the three preceding financial years, and (ii) not have defaulted in any loan repayments in the last one year. Therefore, a city’s performance in the bond market depends on its fiscal performance. One of the ways to determine a city’s financial health is through credit ratings. The government has initiated credit ratings to evaluate the credit worthiness of every possible local town. Of the total 20 ratings ranging from AAA to D, BBB (-) is the ‘Investment Grade’ ratings and cities rated below BBB (-) need to undertake necessary interventions to improve their ratings for obtaining positive response to the Municipal Bonds to be issued. 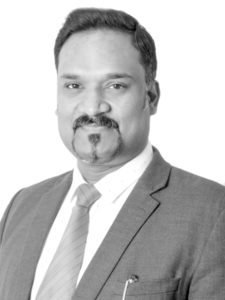 Shankar Arumugham, Chief Operating Officer, Strategic Consulting, India and Sri Lanka, JLL said, “Non-traditional forms of raising capital including Municipal Bonds and alternate revenue streams such as advertisement tax and user fees can provide additional capital up to 30% of the total requirement in various urban centres in the future. While smaller centres can generate a greater percentage of their requisite capital through alternate funding methods, larger metropolitan cities can also receive significant contributions that can be used for development purposes.”

Indicating a positive economic development of the country, India’s urban centres are growing at a rapid pace. However, this growth is causing significant strains on urban infrastructure and services, where massive upgrades are needed. This has necessitated local governments to consider planned urbanization and peripheral expansions that would need a steady stream of revenues greater than what is generated currently by most urban centres. Traditional forms of revenue generation like taxation and grants no longer suffice the scope, expanse and speed for the required development. Thus, municipal bodies have to find new ways of raising capital to sufficiently fund their endeavours.

A solid financial structure is essential to the success of cities in meeting the growing needs of urbanization. The Smart Cities Mission was the first initiative by the government that linked not only all the Government of India schemes (such as AMRUT, Affordable Housing under PMAY, National Heritage City Development and Augmentation Yojana, the Swachh Bharat Mission, Skill India, Make in India, Non-Motorized Transport, Multimodal Integration, Last Mile Connectivity Options and Green Mobility Schemes) but also all the funding mechanisms that are available through convergence. Changing urban landscapes will alter the way urban local bodies manage funding to balance the city’s economy.