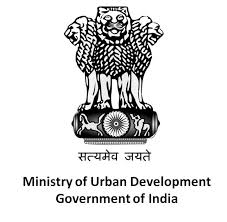 Karnataka’s Mysuru has retained its position as the cleanest among all state capitals and cities with a million-plus population. Dhanbad is the dirtiest city in the country and Jharkhand’s smart city-entry Ranchi figures in the bottom 12 of the Swachh Survekshan list released by the Government on Monday.

The Union Urban Development Ministry had conducted a survey of 73 cities to measure the impact of the Swachh Bharat Mission and come up with the SwachhSarvekshan list.

The survey covered areas only under municipal bodies. For example, in Delhi, four municipal areas were ranked separately.

While two cities each from Gujarat (Rajkot and Surat) and Maharashtra (Greater Mumbai and Pimpri Chinchwad) are in the `Top 10′, a maximum of three cities from Uttar Pradesh -Varanasi, Meerut and Ghaziabad -are among the worst 10. Visakhapatnam, Surat, Rajkot and Gangtok improved their ranks to break into the `Top 10′ in this year’s survey.

Among the biggest losers are Chennai, Nasik and Navi Mumbai. The Tamil Nadu capital ranked 37 in comparison to its fourth position in 2014. Nasik ended at 31 against its earlier ranking of eight. Bengaluru, which ranked as the cleanest state capital in 2014, slipped to 38th position in 2015.

As per the survey, India’s cleanest five cities are

Affordable housing in Dubai – a mirage in the desert?: JLL