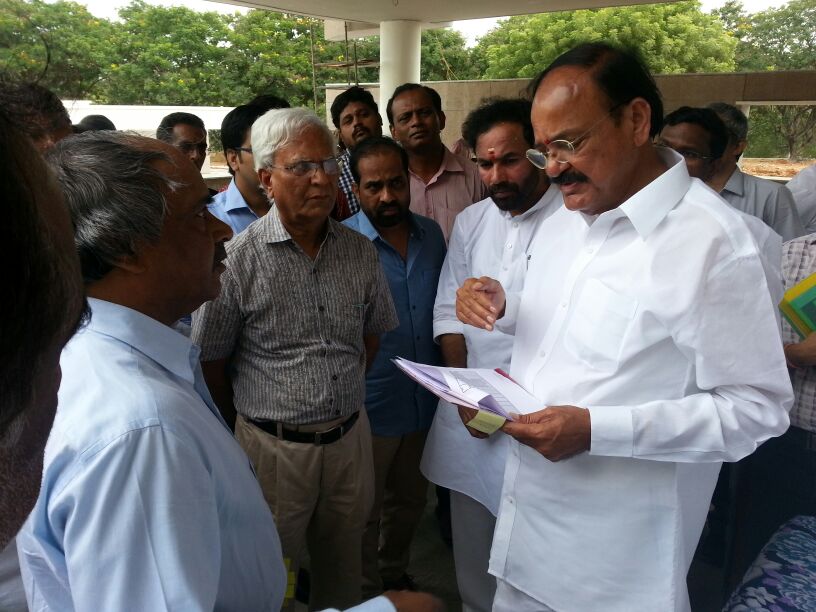 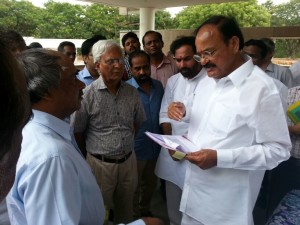 The Central Public Works Department (CPWD), a PSU under the Urban Development Ministry, is constructing both sites.

The Lecture Hall Complex at HCU is a three-storied building with a total capacity of 1,500 seats. Naidu interacted with Vice-Chancellor RP Sharma, Registrar and other officials of the university to find the reasons for the delay.  The officials explained told the minister that the building was nearing completion and due to funds crunch it was being delayed.  Even though Rs 61 crore was sanctioned on March 31, 2013, only Rs. 13.30 crore has been are released till date. The minister assured the V-C that he will pursue the matter with his Cabinet colleagues and ensure that the funds are released immediately.

Naidu also made a surprise visit to the construction site of SBI Global Data Centre at Gachibowli, which is also being constructed by CPWD. Being constructed with the latest green technologies, it is expected to cater the data needs for SBI and its group for the next 20 years.  The minister inquired from the engineers about the green technologies being used in the project and also about the progress of the completion of the project.

During the visit, Naidu directed the CPWD officers to monitor the works closely and adhere to the project cost and timelines without compromising on the quality. He also directed them to include rainwater harvesting, use of LED lights, solar power generation and green building norms in all the works.