Addressing the Press Meet today, Chairman, NAREDCO, Mr. Rajeev Talwar pointed out that “NAREDCO had submitted a white paper to Government with proper analysis of tax rates and suggested that GST rates for real estate should be pegged between 9-12 per cent. We are happy that it has been accepted”.

Mr. Talwar said that “The heavily taxed Real Estate sector will have a relief with stable 12% GST rate and this would boost the growth of the sector which is stuck between service tax, value added tax, stamp duty and building cess on construction etc”.

“NAREDCO is in the view that the actual tax incidence under the GST regime would be lower than the existing one, with the facility of input tax credit on raw materials. Also, the new indirect tax regime will simplify the extent convoluted tax structure by treating work contracts as only services.  The 12% GST rate for work contract may optimally look high but since additional credits will henceforth be available, the total tax impact may be lower than the current indirect tax regime” he added. 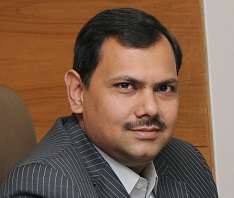 President, NAREDCO, Mr. Parveen Jain elaborated that “There is no doubt that GST will be a game-changer for Indian industry, including for the real estate sector, since it will subsume more than 16 major taxes and levies into a single consolidated tax. Additionally, the unified tax regime will stop the unwanted practice of double taxation, which hurt real estate and other sectors, given their cascading effect that inflated prices for end users”.

Indian Real Estate sector is estimated to account for about 5% of India’s gross domestic product (GDP) and is considered the second-largest employer in the country, according to an Industry Report. However, the sector faces issues in terms of macroeconomic conditions and fiscal policy decisions. One such challenge is the management of the multiple indirect tax levies, such as vat, service tax, excise, stamp duty and registration fees.