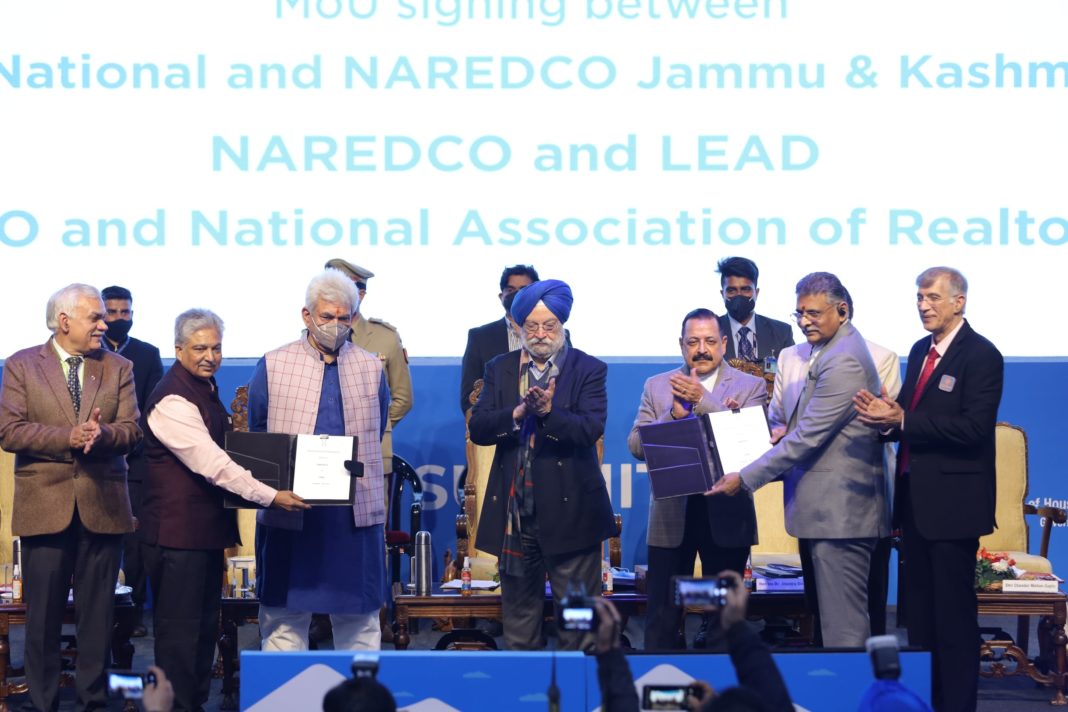 Commenting on the signing of the MoU’s between the NARECO members and the state Government, Rajan Bandelkar, President, NAREDCO, said “signing of MoUs will help in exploring new development opportunities in untapped location which hold huge potential for future real estate development in terms of residential, commercial, hospitality and retail, warehousing, logistics, healthcare etc. This also reflects the enthusiasm of the state government to welcome developers for mutual and equitable growth“.

Dr Niranjan Hiranandani, Vice Chairman, NAREDCO elatedly sounded that, “It is truly a step in the right direction to explore an opportunity of development in co-operation with the Government for the deemed purpose. Incentivization by the central and state government will go a long way in accelerating the real estate growth in Jammu & Kashmir”.