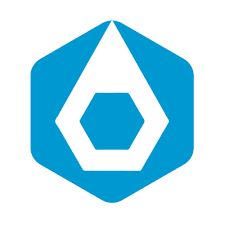 New Delhi, 22nd December 2016: The year 2016 has been very imperative in shaping the Real Estate industry with the government of India initiating some key reforms in this sector. The major initiative being the implementation of Real Estate (Regulation and Development) Act, 2016(RERA) on a Pan India basis. Other key reforms like REITs, Benami Transactions Act and FDIs in Real Estate have also been making the headlines. These reforms have a common agenda to bring in transparency in the Real Estate sector and help the industry become more organised and professional.

Speaking on the Impact of Demonetization and other recent developments impacting the real estate industry, Sam Chopra, President, NAR-INDIA shared his views “Real Estate prices were already at a low point prior to Demonetisation and have now seen yet another fall post Demonetisation but this is the final tipping point and they are now expected to remain at these low levels only for a very short period of time as Demonetisation, RERA, GST and other such initiatives have reinvigorated the earlier low confidence of end users who were preferring to wait and watch and has also opened greater accessibility for the lower middle class and the entire salaried community. These new government initiatives will be a huge catalyst in helping the real estate market completely revive by mid 2017 as against the earlier forecasted late 2020.Therefore while demonetisation is a curse for hoarders, black marketeers and unscrupulous developers, it is a huge boon for professional Realtors and organised, structured and digital new age realty, as while the value of each transaction might go down drastically but the number of end users and therefore the number of transactions will grow multifold and thus bring about the next boom in the real estate industry. Going forward, the real estate industry will witness the paradigm shift in the brokerage industry with organised players who work on ethics and integrity to stay and slowly see the demise of fly-by-night operators from the business. All in all it is a positive step taken towards increasing transparency in the Indian real estate industry and making our industry structured and professional. In conclusion, we expect the organised developers and realtors to gain market share and only those participants who conduct their business with integrity will survive.”

The flow of liquidity in banking system means banks will have more funds in hand and hence more pressure to lend. This means rate of interest on home loans would reduce which is a great news for Home Buyers. Its long-term impact will lead to stabilization of economy which ultimately will be in the favor of the Real Estate sector. Since this sector has significant amount of cash involvement, the impact of this government initiative will be adverse in the short term and eventually help in correcting the market sentiments.

The ratio of cash involvement is dependent on the type of property transaction. In Primary market majority of the residential purchases are financed through mortgages. Though the sales will decrease for a certain period but eventually with Banks getting high liquidity, the Interest rates will decrease in the days to come. The service class population who have been sitting on the fence to buy properties will finally purchase their long dreamt homes with easier mortgage plans at lower interest rates and a more affordable price than before. With low interest rates and eventually lower EMIs, the EMI amount will eventually be similar to rentals of the properties. This will encourage end users to buy the properties instead of renting the same and thereby help existing investors release their investments and regenerate cash flows albiet at a slightly lower rate. With the implementation of Escrow Accounts there will be a lack of funds for developers to over trade by buying land for new projects with the buyers’ money and as such land prices will become more realistic and developers’ will be able to start and complete projects in a more timely manner. With the implementation of RERA, the developers will now refocus on completing their existing projects and may tend to offer price cuts to sell out the unsold inventory. This will therefore be a bonanza for buyers to purchase their dream home at never before offered prices.

Ravi Varma, Chairman, NAR-INDIA, strongly feels “With the Buyer resuming confidence in the industry because of all the transparency and consumer protection government policies, the year 2017 looks to be a great year for the Real Estate industry and we expect the sales in 2017 to be greater than that of the year 2015 & 2016 collectively. The year 2017 would be a historic year for the new age Realtor members of NAR-India as business gears up for the next boom.”

Ultimately Price is a function of demand and supply.  As a Nation we are short of almost 20 million houses, this clearly indicates that along with other factors like lower interest rate and lower EMI’s there will be a surge in demand.

Secondary market transactions essentially involve higher cash payouts. As discussed this is generally due to the variation in the circle rate and market rate of the property. Now that the government has come down heavily on black money, the cash component in property transactions will go down. This will result in a drop in secondary property sales including land deals.

As per Tarun Bhatia, Vice President and Head-North Zone, NAR India, home sales have slowed down to an extent as consumers defer home purchases. Some Developers have deferred launches of premium projects for the time being. Land transactions are also at a standstill as most participants have adopted a wait and watch policy. As per him, while the short term impact is likely to be negative, particularly in the luxury homes segment, he expects things to return to normal over the next 6-9 months. He is also hoping that interest rate cuts in the coming months would boost home sales. As per him, no impact seen yet on the office leasing business. Retail may see an impact over the next 2 quarters as rental leases are sometimes linked to the revenues of the retailers. Given a limited quantity of currency notes, the first few weeks have seen a shortage of cash, and consequently a significant reduction in consumption. Also, recently there have been a few positive reforms and potentially long-lasting changes in the Indian real estate regulations. The passing of RERA (Real Estate Regulation and Development Act 2016), the Benami Transactions Act and now the demonetization move will ensure that going forward, the sector will become more transparent. Increase in the transparency levels will help institutional funding to flow into the sector. Over the long term, he expects the organised developers and realtors to gain market share and only those participants who conduct their business with integrity will survive.

As per Mr. Atul Khera, President,  National Association of Realtors- Delhi Chapter (APP- Delhi NCR) ,  “As RERA becomes effective and home buyers are secured under RERA of their investment, sales will additional pick up, especially in the affordable segment, much to the benefit of the government’s Housing for All mission. The government has taken some brilliant moves all in sync with the Master stroke of Demonetising the higher currency from the market. And, since corruption and approvals’ bottlenecks are major factors responsible for price inflation, demonetisation, coupled with the government’s next big reform to introduce a single-window clearance system, will make property affordable for the masses.”

While the short term impact is likely to be negative, particularly in the luxury home segment, the market would return to normal by end 2017. It is business as usual in the office segment and as yet no impact has been seen on the office leasing business. Retail segment may see an impact for the next 2 quarters as rental leases are mostly linked to revenue of the retailers. Given the crunch in the currency notes, the first few weeks have seen the significant reduction in the consumption levels.

Talking about the Demonetization’s impact, Mr. Sahil Kapoor, Secretary- National Association of Realtors- Delhi Chapter (APP- Delhi NCR) states that “Demonetization will have an impact on buyer’s sentiment as it is natural human behaviour to hold on to and hoard whatever is in shortfall, whether really required or not. Post Q1 2017, demonetization would have played out and customers would have realized that it has absolutely no effect on demand or pricing and Q2 2017 will see good sale numbers. Moreover, due to the general sentiment and RERA, demand will outpace supply like never before and the markets will begin to see a rise in prices by the end of 2017.”

C&W perspective on office, residential and retail sectors in 2016 with projections for 2017