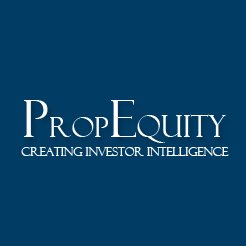 April 19, New Delhi: In a report released by PropEquity, India’s leading real estate data, research and analytics firm on Thursday, it said that new home launches jumped 48 pct across top 9 cities in the first quarter of 2018 from 17,550 units to 25,970 units.

After several quarters, Q1 saw a significant jump in new launches as most of the developers were able to acclimatize themselves with RERA regulations and migration to GST compliances.

However, weighted average prices in the quarter fell 7 per cent from Rs 6,762 PSF to Rs 6,260 PSF suggesting aggressive pricing by the developers to ignite homebuyers demand.

“We expected realty market to start stabilizing Q1 onwards and this is what we are witnessing now. With this spurt of new launches in the first quarter of 2018, we expect the trend to continue with developers focussing on mid segment and affordable housing segment to take advantage of PMAY interest subsidy benefits. We continue to expect ready or about to be completed units to be sold more quickly than the newly launched units,,” Mr. Samir Jasuja, founder and CEO at PropEquity said.

Gurgaon witnessed solid growth in Q1 as approx. 3,411 units were launched during the period, a jump of 156 per cent over QoQ.

However, absorption fell by 60 per cent as customers delayed their buying decisions for the next fiscal.

In Noida, few projects were launched and total units launched stood at 240 units, a decline of 55 per cent QoQ.

However, absorption increased on Q-o-Q (31%) as developers were clearing their earlier launched stock by offering discounts and offers.

Weighted Average Price stood at INR 5,585/sft, an increase of 3 per cent.

Absorption increased by 12 per cent in QoQ as earlier launched units were being absorbed at attractive offers.

Absorption also increased by a healthy 16% jump on Q-o-Q basis.

Weighted Average Price of absorbed units stood at INR 3,602/sft, increasing by 2.4% from the previous quarter.

Absorption also witnessed a dip of 11%.

However, Weighted Average Price stood jumped by 9 per cent at INR 4,270/sft which indicates that the majority of the unsold units are in the affordable and mid segments.

The city gained some solid traction in Q1 as approx. 9,557 units were launched during the period, a jump of 173 per cent over QoQ.

Absorption also witnessed a solid change on Q-o-Q basis and was increased by 45% showing trends of uptick in demand as developers ramped up their marketing and sales activities.

The city witnessed a muted growth in new launch activity with a drop of just 1 per cent in QoQ.

Weighted Average Price of available stock stood fell by 7 per cent at INR 4,773/sqft, which indicates that the majority of the unsold units are in the mid segment.

Chennai saw a massive jump of 240 per cent in new launch activity in the Q1 as 2,095 units were launched which is significant as Chennai market was lagging behind others for a long time.

Absorption witnessed a sizeable jump of 71% on Q-o-Q as demand rose to significant levels. Weighted Average Price stood at INR 5,112/sft a jump of 6 per cent, which indicates that the majority of the unsold units are in the mid segment.

Generation & Sustainability of Solar Energy Should Be Focused Henceforth As Targets of 2018 Already Achieved: PHD Chamber