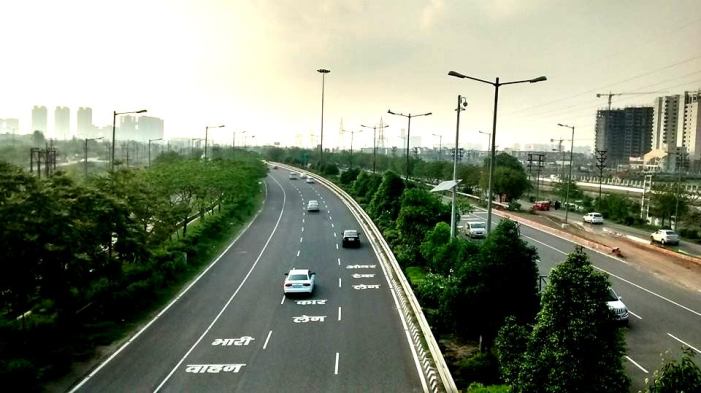 Noida Expressway has seen a lot of market hype, and the corresponding expectations for a stretch that actually had very humble beginnings were high. A few decades ago, most of these sectors along the expressway were huge tracts of agricultural land. Over the years, these land parcels were acquired by the civic authorities and auctioned to major realty firms. The land has been allotted on leasehold basis for a period of 90 years, after which ownership reverts to the civic authority.

Several multinational companies including BPOs and IT/ITeS firms have mushroomed along the expressway. The rise in commercial spaces coupled with excellent connectivity and regular infrastructure upgrades have led to rapid residential developments in the region. Noida Expressway actually has a lot going for it in terms of economic potential, as well as connectivity: 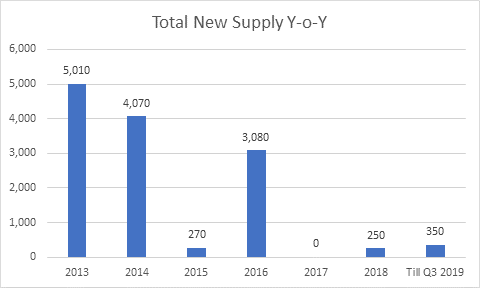 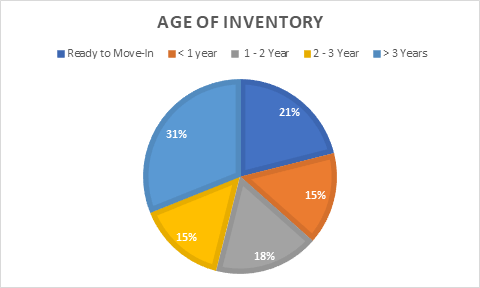 Property prices along Noida Expressway rose steadily till Q1 2016, after which prices dropped marginally due to low buyer sentiment. In fact, post DeMo in November 2016, the NCR realty market has been largely passive.

The slew of reforms including RERA and GST also had a major impact on the NCR residential market. Property prices have depreciated by around 3% in the past three years with the average price in Q3 2019 being INR 5,065/sq. ft.

The overall demand for residential properties along Noida Expressway slowly picked up in 2016. However, after DeMo in late 2016 and RERA and GST implementation in 2017, residential development activity along the expressway has been relatively slow.

With the major impact of these disruptive policies now absorbed, housing development along the expressway is will pick if more projects reach the finish line. Housing demand can improve once Noida Metro’s Aqua Line, linking the twin-cities of Noida and Greater Noida, is fully operational.

Aqua Line runs through 21 stations (15 of them in Noida and six in Greater Noida) and covers 29.7 km. of connectivity between these areas. The line between Sector 51 in Noida to Depot Metro stations Greater Noida has been operational since January 2019.

With improving connectivity and constant infrastructure upgrades, Noida Expressway can eventually emerge as a self-sustaining residential hub that will attract both home buyers and investors. However, as already mentioned, much depends on how efficiently developers are able to complete their projects to the backdrop of the liquidity crunch.

The Wadhwa Group is set to launch a new project at GMLR, Mulund(W)