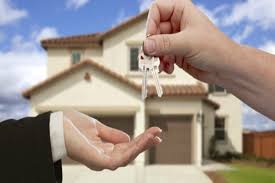 Ever since the Indian rupee began nosediving, more and more NRIs (non-resident Indians) have turned their focus to the Indian real estate market. There are good reasons for this. Other than the favourable exchange rate, the new regulatory environment driven by RERA, DeMo and GST have served to clear up a lot of the misgivings that kept many NRIs from investing in property in India. However, that’s not all there is to it.

Most NRIs, regardless of whether they are permanently stationed or well-settled abroad, at some point entertain a fond wish to buy a home in India – if not for themselves, then for their families back home. Buying a property is still a mark of prestige and accomplishment for any Indian, regardless of where they are in the world. Nor will most NRIs ever entirely shed a feeling of responsibility towards their families back home.

As per ANAROCK’s recent Consumer Sentiment Outlook survey, real estate continues to the favourite investment option in India for most NRIs. As many as 78% NRI respondents prefer real estate over other asset classes – stocks, FDs, mutual funds etc. – largely because of the charm of owning a property back in their country of origin.

Is from any part of the world where the local currency is favourable against the rupee would now be interested in buying properties here. That would include NRIs in the US, most of Europe, the UK and Singapore. Gulf-based NRIs are in any case very well disposed towards owning homes in India – depending on which sector they work in, their work tenure and their purchasing power.

The murky past of NRI property deals

In the past, NRIs were particularly vulnerable to being led astray by misleading promotions, legal faults in the property and various other pitfalls, as they are not wired into the market as much residents can be. The times when developers built and marketed projects aimed squarely at relatively more affluent NRIs – often to the exclusion of all other aspiring buyers – still come to mind.

This was, beyond a doubt, a squalid practice coming from a squalid perspective of NRIs as people with a lot of money and not enough sense. Unfortunately, this perception was reinforced by countless hasty impulse purchases by NRIs which went south – sometimes terminally. Many of such projects never made it to the finish line, resulting in massive losses for NRIs who had made brief trips to India to complete purchases into unverified projects.

Being stationed abroad, they were unable to follow up with these developers, who cagily refused to answer to anybody but the official purchasers. For such players, there was everything to win and very little to lose in an unregulated market. However, this scenario is changing rapidly and perceptibly.

Here is a good example of how India’s improving Ease of Doing Business ranking is not just an abstract qualifier but actually percolates down to the common man. With RERA and GST now in force, the potential for hanky-panky by unscrupulous developers and brokers has been drastically reduced. Consequently, confidence in the real estate market is also improving – not yet enough to signal a revival, but enough to indicate that the tide is slowly turning.

Of course, NRIs (or, for that matter, resident homebuyers) can still fall prey to hype not borne out by fact. Misleading information resulting in catastrophic purchase decisions can and do continue to happen. This is because in many states RERA, in its present form, is either non-existent a pale shade of what it was intended to be.

However, with many other states having adopted RERA strictly and the Centre gunning for undiluted nationwide adoption of this key regulatory reform, the scope of such mishaps has reduced and will reduce further. This is also borne out by ANAROCK’s consumer survey, which affirms the reinstated confidence of more than 95% NRIs who now see the Indian real estate market as more transparent, disciplined and accountable.

… in more ways than one

For an increasing number of NRIs, returning home may no longer be just a choice but a compulsion. Trump’s increasingly hard-line work visa and immigration policies are causing many NRIs who had long-term plans for the Land of Opportunity to have to consider returning to India.

On the rebound from the soured American dream, many have gravitated towards countries like Canada, New Zealand and Australia. However, not a few of them are discovering that their career prospects in these countries are far from stellar.

According to the website Non-Resident Indians Online (www.nriol.com) there are currently more than 3 million Indian nationals in the United States, and 1.2 million Indians living in Canada. The numbers are not granular enough to convey how many of these Indians are well-entrenched and how many are more recent arrivals.

How many Indians will return to India under career or policy duress is a matter of conjecture at best. That said, however many do return, it will have an impact on the demand for real estate in India. There has already been a nearly 15-20% surge in serious NRI-specific inquiries for properties in India over the last one year.

Fortunately for such NRIs, property prices in India are still floundering from the combined onslaught of disruptive Government policies and the funding crisis. There has probably never been a better time for resident or non-resident Indians to buy a home in India.

Some advice to NRIs

NRIs should be aware that they may have lost at least some touch with the ground realities back home. The market here is currently in an extreme state of flux, and it is hard to keep track of all the changes from across the borders. As before, NRIs should not be enticed by online advertisements or projects overtly marketed at an NRI audience.

To gauge the factors that give value to a home in a particular Indian city, taking feedback from a reputed property consultants is a must. For pure investment, NRIs should concentrate on Grade A commercial properties or well-located, mid-range residential projects by established developers.

For residential plays, NRIs should give preference to ready-to-move options as they will save on GST and simultaneously circumvent the risk that comes bundled with several under-construction (or merely ‘planned’) projects. Regardless of RERA implementation, a lot of the under-construction stock is either outside the ambit of RERA, will take a long time to complete or, in the worst cases, remain stuck in limbo.

NRIs opting for under-construction projects are advised to restrict their search perimeter to the biggest, best-capitalized and most diversified developers with impeccable completion track records.

The trend of Indians buying properties abroad is more than a couple of decades old, but the interest in such acquisitions keeps fluctuating with the Indian economy (which has a fairly direct correlation to purchasing power), job prospects and family presence in the target country, and the country’s changing immigration laws.

As such, defining a trackable trend is nigh impossible as it depends too much on external factors. That said, many investors will elect to buy a property in a certain country if its property market sees a downturn and prices become attractive. We had seen this happening during the US subprime crisis, and more lately during the Brexit angst in the UK.

As of today, a considerable number of young Indians from the entrepreneurial set, the nouveau riche, those with settled families abroad, and those with upcoming or existing business interests in a certain country will consider buying a property there. The slow-moving Indian real estate market has also pushed a not-inconsiderable number of Indians to consider property investment outside the country.

While we don’t have access to property purchase registrations abroad, the numbers would be fairly steady with at least some increase year-on-year. The relaxed RBI norms for outward remittances also lure Indians to consider investing in properties abroad. In 2015, RBI doubled the Liberalised Remittance Scheme (LRS) for resident individuals to $2,50,000 annually.

The key reasons for Indians looking beyond India for property are investment, the aspiration of having a second home there, serious plans to emigrate, and for self-use due to business interests. Many Indians today send their children abroad for studies and may eventually consider buying a property in the concerned country – subject, of course, to the existing immigration laws.

What and where do Indians buy?

Depending on their purchasing power, objectives and plans in the target country, Indians may opt for affordable housing in the outskirts of main cities, compact office-cum-residences closer to the city centres or – in the case of the very wealthy – condos and townhouses in the most aspirational neighbourhoods.

London, Dubai, Singapore and Australia have been more or less perennial favourites for Indians interested in buying real estate in foreign countries. There is also evidence of increasing interest in Sri Lanka – specifically in Colombo – and some other Middle Eastern countries. While major American cities like New York and New Jersey also numbered among the favourite destinations, they don’t really qualify anymore except for those who can invest at least $1 million, generate a certain number of jobs there and thereby qualify for permanent green cards.

Does it make sense?

It depends. Owning a property abroad is definitely a highly aspirational concept and can also yield good returns on investment. It makes complete sense for those who already have family or business interests in a certain country. However, end-users can only really benefit from a property abroad if they stand a good chance of obtaining citizenship or at the very least residential status there.

As a pure investment, it can a risky proposition for resident Indians. Much depends on how well the market there works for absentee landlords in general and foreign absentee landlords in particular. And again, changing immigration and property ownership laws in a country can impact the overall viability of the investment. To illustrate, one cannot predict with any degree of certainty how such matters will swing in the United States or the UK.

Also, despite the increased outward remittance ceiling, the RBI still limits the amount of money an individual can invest abroad every year (though the limit effectively doubles if a couple pools their individual investment ceilings). Moreover, a foreign-shored property bought by an Indian couple can become a major legal complication if they decide to separate.

Finally, it does still come down to purchasing power. Housing rates in London, New York or central Singapore are comparable to ultra-luxury housing prices in South Mumbai or central Delhi (priced beyond Rs. 15-25 crores). Of late, some residential projects in Dubai have come into more or less the same price range as those prevailing for upper-mid-income projects in Pune, Bangalore and the suburbs of Mumbai and Navi Mumbai (priced above Rs. 2-3 crores).

While the cheaper far suburbs of most cities are options, the viability of buying into them would depend on how well intra-city commuting works there. All this requires a fairly sound understanding of the foreign city of interest. Like in the case of NRIs looking at buying properties in India, the lack of such knowledge could result in a disastrous purchase decision.